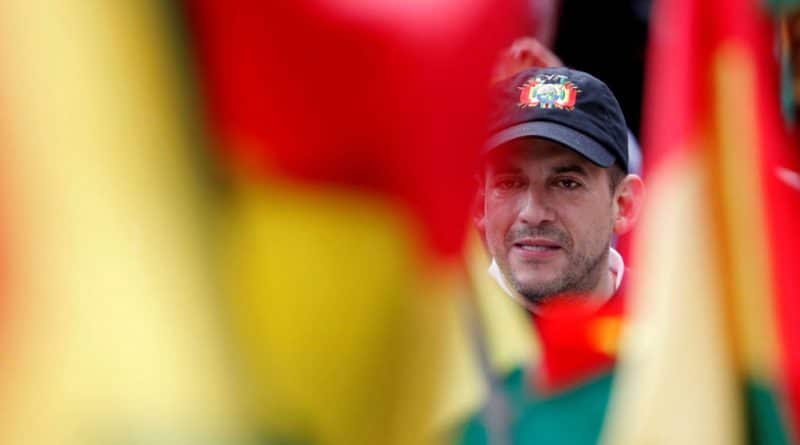 According to an investigation conducted by Julián Macías Tovar, head of social networks at Unidas Podemos (Spain), more than 68,000 fake accounts were created on Twitter to support the coup in Bolivia. “I can say that Luis Fernando Camacho is also behind the fraudulent coup in networks,” wrote Macías Tovar.

The study by Macías Tovar provides great evidence on the deployment of tactics to flood social propaganda networks before the coup d’etat was completed in Bolivia and Evo Morales was forced to submit his resignation on November 10.

The investigator accused the Bolivian opposition leader Luis Fernando Camacho and the de facto president Jeanine Áñez of having created more than 68,000 false accounts “to influence and spread fake news (and trending topics).”

Macías Tovar also warned that his relationship with “the economic oligarchy, ultra-Catholic organizations and far-right leaders such as [the president of Brazil, Jair] Bolsonaro, [the president of the United States], Donald Trump or [the president of the National Assembly of Venezuela, Juan] Guaidó, even the OAS has helped him to seek international and media support for his coup since August.”

Although Twitter condemns the use of robots to spread messages and there have already been investigators who have reported several cases, the systems to detect them have not yet been taken for granted. Macías Tovar explains in a video that Camacho’s account in just a few days went from having 2,000 followers to almost 130,000, of which 50,000 are accounts created during the first two weeks of November.

Macías Tovar added the new false accounts that follow Camacho and Áñez and concluded that more than 68,000 accounts were created.

“If you wonder what activity these tens of thousands of false accounts have, in addition to following those of the coup plotters so that they have more followers and give it notoriety, they also make RTs [retweets], comments and interact with other comments to place them in the high trending level”.