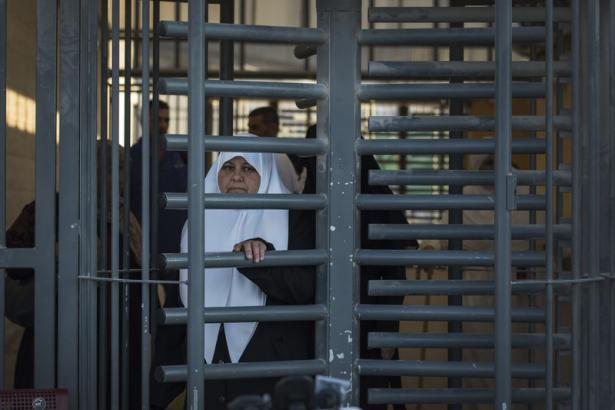 Far from being an “aberration” from an otherwise “democratic” Israel, the annexation plan reveals the nature of the Israeli state itself – an entity founded on settler-colonial expansion and the ethnic cleansing of the indigenous Palestinian people.

Though Israeli Prime Minister Benjamin Netanyahu has for now shelved plans to annex large parts of the occupied West Bank, the delay should not disguise that the endeavor is a consequence of the ongoing apartheid rule, dispossession and genocide of the Palestinian people.

Far from being an “aberration” from an otherwise “democratic” Israel, the annexation plan reveals the very nature of the Israeli state itself – an entity founded on settler-colonial expansion and the ethnic cleansing of the indigenous Palestinian population.

The annexation plan is a dual effort of the US and Israel, an imperialist scheme to redraw the borders in the Middle East once again. It is an ambition connected to the laundry list of US and Israeli aggression in the region – from the occupation of Iraq, through the interventions (by boot, by drone and by proxy) in Syria and Yemen, border clashes and threats of war with Lebanon, to increasing tensions with Iran.

Furthermore, the plan would benefit Netanyahu’s consolidation of power following over a year of electoral mayhem and corruption investigations, allowing for a far more openly terroristic expression of Zionism to dominate Israeli politics.

The move has already sparked a major backlash in Palestine and around the world. Protests and demonstrations have taken place in numerous countries, and many more are planned.

RELATED CONTENT Can Palestine Disappear and Then the Arab-Persian World?

Large sections of the Black Lives Matter movement have expressed support for the Palestinian cause. Many have highlighted the open collaboration that exists between US police forces and the Israeli occupation forces.

The UN and Arab League have called for Israel to “abandon” its annexation plans, and Belgium’s parliament unanimously approved sanctions that would come into effect if Israel went ahead with its West Bank annexations.

At the same time, International Criminal Court investigations against American troops in Afghanistan and Israeli troops in the occupied territories continue in spite of US sanctions on court officials imposed by US President Donald Trump.

All this demonstrates broad opposition to Israel’s annexation plan, but also gives us reason to be skeptical, given the record of these bodies. The Arab League’s opposition comes even as prominent member countries such as the United Arab Emirates and Egypt are increasingly open with their support of, and collaboration with, Israel.

Belgium’s government, too, has a record of aiding and abetting Israeli settler-colonialism, even as it expresses opposition to the more brazen annexation plans.

In the United States, the annexation plan is being opposed not only by grassroots Palestine solidarity organizations, but also by established pro-Israel politicians, such as Democratic Presidential nominee Joe Biden.

Many Democrats, and even some figures in the pro-Israel lobby, fear annexation will irreparably damage the decades-long bipartisan support the US has granted to the Zionist state.

This comes at a time where support for Palestine in the US is on the rise, in large part due to tireless grassroots organizing from diaspora Palestinians and non-Palestinians alike. At the same time, criticism of Israel and anti-Zionism is growing among young American Jews in particular – something Israel is bound to view as a major problem, since the support of the American Jewish population has often proved vital both to the U.S.-Israel relationship and the Zionist project more broadly.

Opposition to annexation alone – without taking a stand against Zionism as such – provides a convenient distraction from the root of the problem. Instead of opposing an apartheid system that has been built up over 72 years, instead of questioning the very foundations of a country built with the explicit purpose of colonialism and genocide, a narrow focus on annexation builds up opposition only around a single issue without connecting it to the broader problems at hand.

Instead of struggling to bring the whole apartheid system to the ground, this fixation on the annexation plan alone will only result in the preservation of Israeli apartheid and settler-colonialism. It is a tactic to continue to deny the Palestinian people their right to self-determination, by dangling the carrot of a “two-state solution” in front of them, endlessly pursued but never attained.

This carrot-and-stick tactic has a long history in the international community. For example, despite numerous UN General Assembly and Security Council resolutions condemning Israel’s actions, the body has not taken meaningful steps to intervene to stop Israeli annexations or settler-colonialism.

Thus, recent statements by Michelle Bachelet – the current UN High Commissioner for Human Rights – should be viewed with some skepticism. While it is good that she has condemned the annexation plan, the UN has shown time and time again it is not willing to take a principled and uncompromising stand against settler-colonialism in general – Kashmir springs to mind – and Zionism in particular.

A similar hypocrisy plays out within Palestine, through a never-ending and fruitless “peace process.” Palestinians have had their hopes shattered time and time again as the “peace process” has only perpetually extended the violent colonial reality in Palestine.

Both the international community and the peace process failed to address the fundamental problem that faces the Palestinian people: Land and political power continue to be monopolized by the Zionist apartheid state established in 1948.

The only thing that will deliver the Palestinian people from Zionist rule is the Palestinian people themselves, in their brave and revolutionary struggle against colonialism and apartheid. This, of course, does not mean that those outside of Palestine have no role to play in the movement for a free Palestine and the movement to end the Zionist apartheid state by establishing a secular and democratic one. On the contrary, the international solidarity movement has played a crucial role at times, especially in shifting public opinion and exposing the criminal nature of the Israeli state.

Mass resistance to Israel’s annexation plans must grow and develop around the world. Those who stand with the Palestinian freedom struggle must continue to lend active support to the struggle, and not be tricked by the fig leaf condemnations of politicians and high-ranking international figures that try to hide their support for Zionism behind the rhetoric of anti-annexationism.

But true solidarity with the Palestinian people means refusing to accept anything less than the complete liberation of all of historic Palestine from Zionist occupation. Poor and oppressed people around the world have an interest in opposing the oppression of Palestinians, because, as they know only too well, none of us are free if one of us is chained.

Chance Charley is president of Boston University Students for Justice in Palestine.