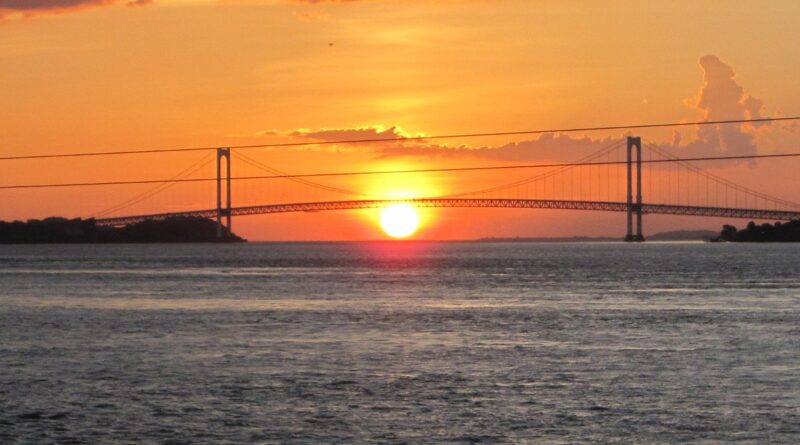 The final week of November 2018 marked both an end and a beginning. It was the end of a process of planning that took many months and that passed through various stages of conceptualization. Through this process, numerous ideas about the project’s general vision were considered, and a website was born.

This was a family project that required a lot of help from my wife, Yullma Hernandez, and my daughter, Alba Rodríguez. We had to put into practice all the knowledge we had in order to fix web-design issues, image ID, servers, domains, website structure, and many other technical issues. One after another, we resolved all the problems, and the project was finally ready to see the light of day in the closing week of November 2018. That week, three years ago, marked the beginning of Orinoco Tribune.

In terms of concept, we initially thought of doing something similar to The Onion, but with a Chavista perspective, and in the Spanish language of course. This imagined outlet would have provided a sort of a competition, or an alternative, to El Chiquire Bipolar, a right-wing, well-funded, and US-financed satirical website about Venezuelan politics.

Then we realized that what was needed to defend the Bolivarian Revolution was an authentic Venezuelan project capable of breaking the language barrier between Chavismo and the rest of the world. This proposed outlet would be capable of showing the world that we have constant debates within Venezuela, but also capable of showing in real time the dynamics of Venezuelan politics—not with an Anglo-Saxon worldview, but from the perspective of ordinary Venezuelans. This outlet would not aspire to the heights of academia, for example, or even the heights of politics, but would attempt to reflect what Chavismo is for regular Venezuelans.

Orinoco Tribune is about to be 3 years old.
Yes, only 3 years old.
We like to do some benchmarking around this celebration to see if the work we are doing really means something.
We are sure it does!
We choose from a variety of websites we admire and others we know are read by… pic.twitter.com/LeSO1HPjbF

After three years, we have largely achieved our objectives. Our strong and growing reach can be easily seen by taking a look at our internet ranking. In the process, we have learned how to avoid compromising, how to navigate various currents of Marxism and Marxism-Leninism, and how to interpret and dissect any number of trends of thought issued by the Nordic imperialist powers.

We have attempted to avoid sectarianism, or the judgmental preconceptions that can afflict organizations that waste too much time and energy seeking theoretical purity or fighting their own demons. We have tried not to stray from the simple ultimate goal, which in our humble opinion should be to push for a just society without empires, without an elite imposing their will on the 99%, and with the means of production in the hands of those who need them and really want to produce. Reporting facts from the ground, we are guided by the process, the successes and the failures, of the construction of a real socialist society, not an impossible caricature produced by caviar communists and champagne socialists.

Throughout these three years we have seen—each day with more clarity—that our main goal is to defend the Bolivarian Revolution, and to fight for the Chavista spirit that runs in the blood of many of us, not only in Venezuela but all over the world. Latin America, the Caribbean, the Global South, and the whole of humanity has been touched by the spirit of Hugo Chávez. His dreams, ideas, and policies have been applied in a variety of ways, have evolved and grown, and continue to make demands on the future. We strive to reflect these ideals, and the tangible actions that have followed them, without academic pretensions, just as Chávez taught us to, and also without egocentrism—a disease that is not exclusive to right wingers or fascists.

In these three years, we have also learned that we cannot achieve our goal only by gazing at our own navels, believing that Venezuela is the center of the world or the region. We have attempted to develop a Latin American and global approach, guided by humility because evidently we cannot know everything all the time. Thus, we are directed by a sense of responsibility as we try to inform our readers and viewers about the atrocities of imperialism and capitalism across the world.

As the years have passed, Orinoco Tribune has grown from a family-run endeavor operating out of a Caracas apartment building into an international hub for English-language Chavismo. We have witnessed the growth and development of a wonderful team of contributors that do their work out of solidarity. They are all volunteers. Some have left us already, but most are still with us: Elizabeth Ferrari, Steve Lalla, Saheli Chowdhury, Owen Hughes, Gabriel Martinez Saldivar, and Kahlil Wall-Johnson are former and current contributors who put in their time, energy, and effort each day to keep this project improving, striving for quality at each step. Nevertheless, we always need more volunteers! Please visit the volunteer section to learn more if you are interested, and do not hesitate to contact us with questions.

Orinoco Tribune is always open to complaints and criticism—those intended to improve the outlet. Of course, we do not encourage others to tell us how to fight our battles or how to think, but we are always happy to hear advice and a diversity of opinions.

Some of you might be wondering, what exactly do we do? I will try to put this as simply as possible:

• We create original content in the form of news, opinion pieces, webinars, panels, and interviews.
• We translate pieces from Spanish to English. In some cases, we reproduce the original content precisely, but in many cases we intervene and add our own original content to improve the articles, provide context, or update information.
• We publish opinion or news pieces sent to us but a wide range of contributors.
• We also republish news and opinion pieces originally written in English, and third-party translations on issues connected with our goals.
• We distribute a weekly newsletter with all the information a person might need to keep track of Venezuela, and learn about key developments in Latin America and the world in a timely manner.
• We maintain an active social media presence on Twitter, Facebook, Instagram, Telegram, and Reddit, among other platforms.

I believe that we have achieved good things at Orinoco Tribune, and that we are certainly capable of achieving more. Our only constraint is the financial aspect, which limits our ability to remunerate our volunteers and prevents us from escaping precarity. Our income does not allow us to afford a comprehensive health plan, or to repair our car, for example, in order to provide more reports. We hope to travel extensively throughout Venezuela, to be closer to events as they unfold. We also hope to plan projects such as traveling around Venezuela for several weeks, visiting communes and dialoguing with various Chavista organizations and individuals.

To achieve all of this, we desperately need your financial support. We are an independent news service, we do not receive a single dollar from any government or public entity, local or foreign. We do not run ads, we do not receive financial support from any NGOs, think tanks, or any other form of local or foreign institution or business that might jeopardize the independence we treasure. For that reason, we only count on your donations to survive, in a country that is becoming very expensive due to the economic imbalances exacerbated by the US and European blockade and sanctions.

At the same time, I cannot continue writing without mentioning those who have provided great financial and moral support, and solidarity—individuals such as Arnold August, Richard Bednar, Williams Camacaro, Jim and Janet Fennerty, Roger Harris, Victor Hernandez, George Janszen, Norman Koerner, Cheryl LaBash, Dale Lehman, Walter Lippmann, Stan Smith, and Walter Tillow, among many others. We must also thank organizations and outlets such as Task Force on the Americas, the Alliance for Global Justice, Frente Hugo Chávez, The Grayzone, Kawsachun News, MintPress News, Misión Verdad, and many more.

Despite all the concerns outlined above, we also maintain committed to building a group of anti-imperialist outlets and media projects that defend the same causes we defend, to create a front capable of dealing with the asymmetric battle we fight everyday. This network could coordinate media strategies and messaging, provide mutual technical assistance, battle censorship, create synergy and expand our limited reach, and promote fundraising, to name just a few of the possibilities offered by such a united project combined with passion, commitment, and solidarity. We have already advanced in this direction, but we need to do more. In this path we are always seeking new, committed partners.

I have tried to provide a rough outline of why Orinoco Tribune exists and what we do. We are sure to become even more with the continuing support of the socialist and Chavista-minded people and groups that follow us. In contrast with the pretended objectivity promised by mainstream media outlets—that vaunted “balance” that always seems to serve the interests of the powerful—Orinoco Tribune remains openly and unequivocally Chavista, socialist, and anti-imperialist. We count on you to stay online with us, to keep us doing the work we love, and to support us as we grow and improve over the course of the next three years.

Featured image: Sunset strikes the Angostura bridge over the Orinoco river in the South of Venezuela. File photo.