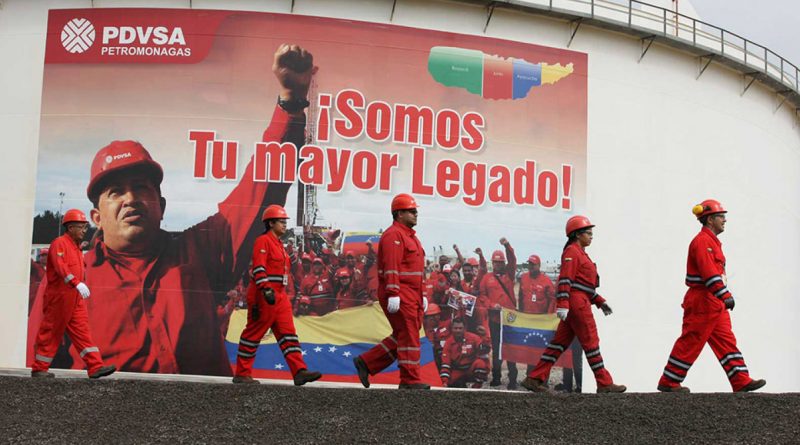 This Thursday, Petróleos de Venezuela (PDVSA) in a statement rejected the accusations of the government of the Federative Republic of Brazil that claim to hold the Bolivarian Republic of Venezuela responsible for the oil traces that impact the northeast coast of that nation.

The statement was released by the Minister for Petroleum and president of the state oil company, Manuel Quevedo, through a message on Twitter.

In the letter, the company regrets that this event is distorted from the environmental context to a political level, in an attempt to incriminate Venezuela and move away from the issue of environmental preservation.

The full statement
Petróleos de Venezuela, SA (PDVSA) rejects the accusations made by the government of the Federative Republic of Brazil that intend to politicize and hold the Bolivarian Republic of Venezuela responsible for the oil traces that are impacting the northeast coast of that nation since the beginning September 2019.

The statements of the Brazilian Minister of Environment, Ricardo Salles, show little interest and little environmental protection measures of the Government of the Federative Republic of Brazil, both on its coasts, as in the rest of the Brazilian natural ecosystem.

These statements by high-level officials of the Brazilian government point to the manipulation of information and have a strong political bias to attack the government of the Bolivarian Republic of Venezuela before international organizations of which it is not part.

PDVSA informs national and international public opinion that it has not received a request for support to determine if the oil detected really corresponds to any of the commercial grades of crude oil exported by Venezuela, which is why the presentation of any kind of opinion or unilateral analysis with biased and irresponsible results is not credible.

RELATED CONTENT: The Latest in the Diplomatic war Against Venezuela

The Venezuelan oil industry has the qualified personnel, technology and material resources which it offers to the Brazilian government to cooperate in determining the true origin of the crude oil registered in the northeastern beaches of the South American country.

We regret that an event of this nature intends to be distorted from the environmental context to take it to a political level in an attempt to incriminate Venezuela and move away from the central issue as it represents the preservation of the environment and renewable and non-renewable resources.

It should be noted that, according to the hydrographic study carried out by the Bolivarian Navy of Venezuela, it is unlikely that this crude comes from Venezuelan territory by virtue of the course of sea currents in that area.

The nearest national oil area (Gulf of Paria) is located 2,500 kilometers from the state of Maranhao, north of Brazil, this region has the influence of the northern current of Brazil and the current of Guyana, whose upward displacement, in the south-north direction, with speeds of 0.3 to 0.7 knots, would prevent any spot of oil from moving towards the affected area in the opposite direction.

Likewise, in the case of crude oil or products exported by our country and sold by PDVSA to any of our clients, the company requests that the tanker responsible for such action be identified, for the purposes of initiating investigations in the corresponding instances and sanction those responsible for any infraction or crime, if applicable.

PDVSA reaffirms its commitment to the preservation of life on Mother Earth, a historical objective enshrined in our Constitution and in the Law of the Homeland Plan 2019-2025 and rejects the politicization of this type of events.