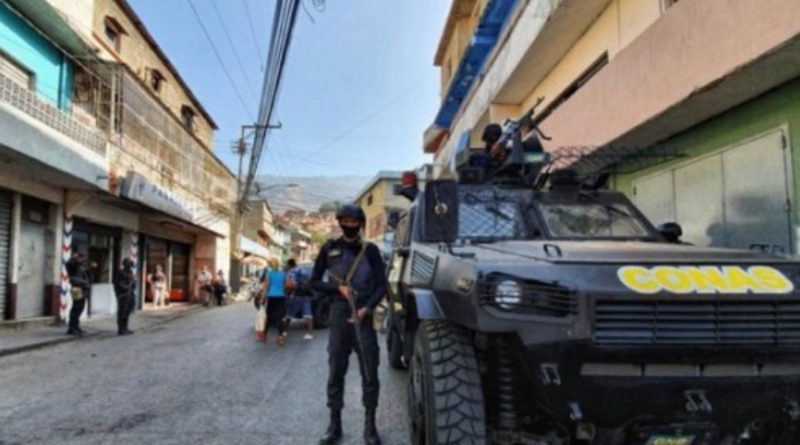 Yesterday during an anti gang operation launched by law enforcement agencies in Petare (Caracas), social media accounts (most of them connected to right wing factors) flooded twitter claiming that one of the deaths was a basketball player and model citizen allegedly killed without posing a threat, but no evidence of the claim was provided

The subject Brian Cedeño, who was killed during an alleged confrontation with police officials in Petare, was linked to the “Wilexis” gang and was known by the nickname “Brian Pistola”.

The crime journalist, Román Camacho, reported today in his Twitter account, adding that a brother of Brian Pistola, according to authorities, also belonged to the criminal gang. “Relatives and acquaintances continue to say that his brother was the one on a bad path and Brian was an athlete,” he wrote on Twitter.

This Friday an operation was carried out among PNB, Cipc and GNB officials in the area to “mount a search for organized crime gangs that seek to alter the internal order and tranquility of our people,” said the Minister of the Interior and Justice, Néstor Reverol.

The east of Caracas was terrorized for four days starting May 1 by shootings in Petare and that event was linked to captured mercenaries from the US led mercenary incursion in Venezuela as a maneuver of distraction.