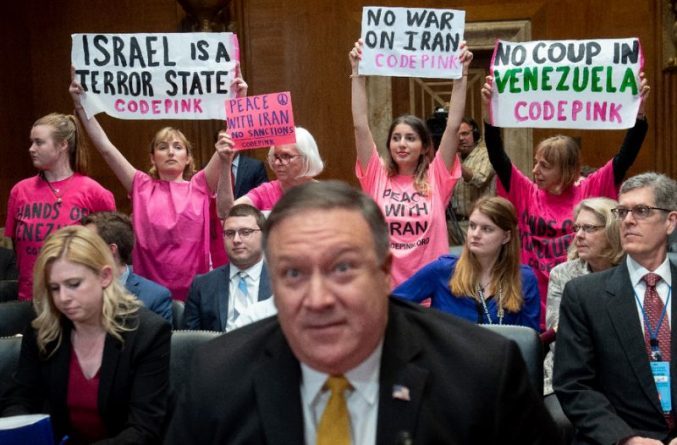 The US newspaper The Washington Post revealed on Wednesday the deep discontent of the Secretary of State of United States (USA), Mike Pompeo, with the Venezuelan opposition, who said it was “fiendishly difficult” to keep it together. He said that, in the event that the opposition takes power, there are “more than forty people” who believe they are “legitimate successors” of President Nicolás Maduro. Cited experts say that anti-Chavistas are so far apart that they “do not even retweet” each other.

“The moment Maduro leaves, everyone will raise their hands and [say]: ‘ Choose me, I’m the next president of Venezuela,'” Pompeo said during a meeting he held last week behind closed doors with Jewish leaders in New York. “There would be more than forty people who believe they are the legitimate heir of Maduro,” he explained.

The Washington Post elaborated its report from an audio obtained from that meeting.

Pompeo also said that maintaining opposition cohesion was a problem for him since the day he became CIA director. To resolve this obstacle, the official explained that, from the Donald Trump Administration, they try to support religious institutions to “unify the opposition“.

“Tenuous” leadership
Similarly, Pompeo asserted that the US has “needed a long time” to consolidate support within the opposition ranks around the deputy Juan Guaidó, whom Washington recognizes as alleged “president in charge” of Venezuela. However, the official confessed that the situation with the parliamentarian “is still tenuous.”

The declarations of Pompeo were made public when the various factors of the Venezuelan opposition have publicly expressed their differences, especially after the second round of talks in Norway between the Venezuelan Government and Guaido’s envoys.

In this context, the new cracks in the Venezuelan opposition focus on the dilemma of whether or not to support an eventual election, or even to promote or reject the dialogue process in Oslo, where the parties have demonstrated their “will to advance” in the search for a solution to the crisis, which just includes “electoral issues”, as reported by the Government of Norway in a statement.

Shannon O’Neil, a Venezuelan expert at the Council on Foreign Relations, interviewed by The Washington Post, said Pompeo “is the first high-ranking official I’ve heard to be so openly public about the weakness of the opposition.”

“It is an instructive but accurate vision,” he added. “They remain divided on how to confront Maduro: whether or not to engage in a dialogue, to participate or not in the army, to direct or not a presidential candidate or to boycott the elections. They do not even retweet each other”.
Pompeo also expressed how difficult it would be to keep the right in power in Venezuela, even if Maduro were toppled. “Maduro’s departure is important and necessary but completely insufficient,” he said.

On the other hand, Pompeo lamented the failure of the Venezuelan opposition in the coup d’état perpetrated last April against President Nicolás Maduro. With these actions, he recognizes once again his participation in the failed coup that left a total of five dead and more than 200 detainees.