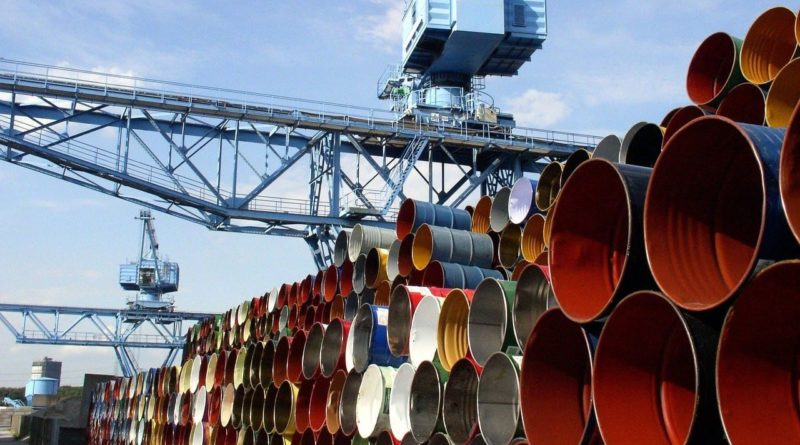 On Monday April 20, the West Texas Intermediate (WTI) crude marker was set at a forward delivery price of $ -2.22 / barrel, being the historical milestone of the lowest price ever quoted.

This peak of the oil crash is an undisputed event of the “perfect storm” on this energy commodity, and it seems that the historic agreement between OPEC countries and others outside the organization barely managed to mitigate the drop that was imminent.

World crude production, which hovered around 100 million barrels/day at the beginning of the year, was hit by a dramatic drop in global consumption estimated at 25% due to quarantines in the context of the health crisis triggered by Covid -19.

The OPEC + agreement that consisted of the withdrawal from the market of some 9.7 million barrels/day and to enter into force on May 1 will be only relatively positive, in a situation where there are still an additional 15 million barrels on the market where consumption will still be uncertain, due to the extension of quarantines in several countries and the complete withdrawal of the economy in industrialized and developing countries.

Symptom of a catastrophe

Last Monday, the price of the WTI was below zero dollars/barrel, and although the price recovered precariously the following days, there are no signs that this episode will not take place again.

The fundamental cause of this phenomenon is the drop in demand in the natural market for crude oil from the WTI basket, the US market.

Due to the economic pause imposed by the virus, oil inventories continued to increase. The US Energy Information Administration reported that oil inventories rose 19.25 million barrels in the week leading up to WTI’s “Black Monday.”

Michael McCarthy, an expert at CMC Markets, said that the fall of the WTI “evidences an excess” of the crude reserves in the terminal of Cushing (Oklahoma, southern United States). In fact, it could be considered that as of today the oil inventory has saturated the onshore collection capacities and the process of massive contracting of ships to deposit crude anchored in the open sea is concurrent.

The construction of the oil price to “minus zero” is possible due to the ability of some companies to prefer to pay to “sell” the crude oil as their capacity to store it is exceeded. So, the WTI futures were “sold” at $ -2.22 / barrel on Monday 20 only by the peculiarities of the oil business. Some of these operators find it more profitable to pay for someone to take the oil rather than close wells, due to the high costs of this in the medium and long term.

According to the oil operator Baker Hughes, as of today, a third of the shale ( fracking) operators in the United States have completed operations due to the costliness of their wells. Obviously these are small companies, “the cowboys”, who already had wells in loss and do not have the financial capacity to face the payment to continue pumping.

The bankruptcy process of US shale companies has already put shale oils into energy obstracism, and that industry is unlikely to flourish again in less than four years.

According to Reuters , banks like JPMorgan Chase & Co., Wells Fargo & Co., Bank of America Corp. and Citigroup Inc. are preparing to take the assets of the shale companies they had financed, which are today in bankruptcy.

The assets of the failed companies will go into the hands of stronger capital. Source: MarketWatch

The future of the world oil industry

The scene looks bleak and all possibilities for a deep and large-scale global crash are present.

The main spokespersons of the International Monetary Fund (IMF), as well as other financial institutions in the world, speak without hesitation of the advent of a recession as deep or as serious as that of 1929.

RELATED CONTENT: We Are Living in a Failed State

This indicates that the crisis today triggered by the fall in consumption and, therefore, in the oil price, will be followed by the global recession, which will also have an emphasis on the price of crude oil.

Another factor to highlight is the punctual increase in inventories, an increase so significant that it will keep the oil price at very low levels, even after a “normalization” of economic activity in the countries after the quarantines.

It will not be possible to speak of a relative balance in oil activity until these inventories drain and until the economies recover a certain rhythm. In other words, we are talking about a still indeterminate term to see a recovery of the oil price.

The big questions about the fate of world oil activity lie within the framework of possibilities that will take place in this difficult transit. Some signs of this are clearly palpable on American soil.

This means that the speculative momentum or rally that has had to do with the appetite for crude oil at risible prices will eventually intervene in an “upward” price construction, in a market saturated with inventories and with demand that will continue to decline. This implies instability.

Second, in the United States, small, bankrupt businesses will change hands. The structure is rearranged amid losses and large companies, as well as banks, will take these capital goods by redesigning the internal map. (But there is an enormous risk of the US oil crash having a domino effect on US banks not being able to redesign this assets amid the economic crisis created by the pandemic).

Outside the United States, other producers have launched a fight for survival. This is a race against time where they will go the extra mile to keep the wells open. Not only to avoid the short and long-term costs of closing them, but to sustain them in the current cycle waiting for a rebound that allows them to operate with a minimum of profitability.

To do this, countries like Saudi Arabia, Russia and Canada will have to use their financial muscle to sustain their activity. Other wells, however, will inevitably have to be closed, especially the high-cost wells on dry land and as many on offshore platforms.

An accentuated period of net divestment awaits the global oil sector, not only because of falling prices, due to the economic slowdown and surplus inventories. There will simply be no way to finance new developments and some that are in force have lost their meaning.

There will be explorations to cancel and fields in initial development to be closed. This will place the oil GDP in negative figures, which will make it a trigger in the fall of the indices in the stock exchanges, accentuating the cycle of instability.

This implies that the bankruptcy of large-scale companies, mergers and acquisitions await the oil market, a significant rearrangement in the face of the new gravity imposed by the circumstances.

It is even possible to speak of an end to the oil cycle as we have known it, forming a structure where only the largest and strongest companies survive and where the sovereign management of energy resources is at risk in a clearly adverse environment for state companies.

The collateral damage from this oil crash will also have an emphasis on the economies of developing countries where the health of the price of crude oil is vital, which could accelerate critical knots of political and social instability. Countries like Mexico, Saudi Arabia and others in the Persian basin are inescapable benchmarks.

Featured image: Where the barrels of oil ready for release in the United States are stored, in Cushing, Oklahoma, the stock was filled. Photo: AFP