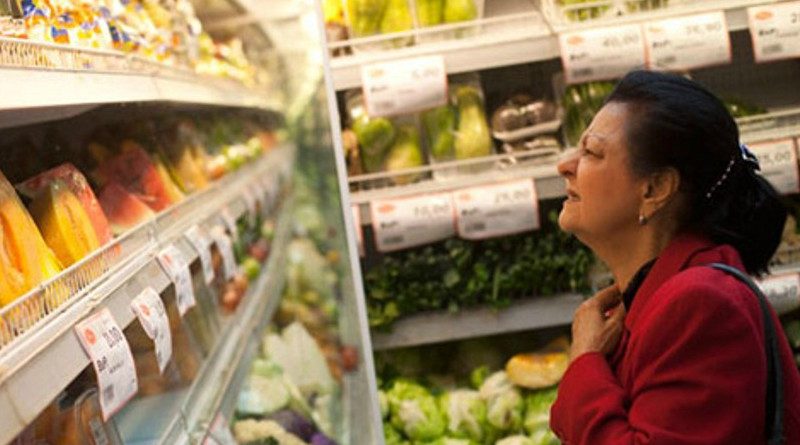 This Tuesday the price of a carton of eggs (30 eggs) reached 75 thousand bolivars. Yesterday the same item was at 60,000. This happened with meat, from 56,000 to 76,000 , 20,000 more bolivars. Prices remain fixed based on the parallel dollar. Meanwhile, the minimum wage remains anchored at 40,000 monthly and in a petro that almost nobody understands.

This is the case with coffee, the cheapest quarter pound costs 15,000 bolivars. It also happens with sugar, rice, with all food, with clothes, footwear. Everything has become unattainable, most workers complain.

The same spokesmen of Chavismo complain on social networks. “It is URGENT to do something about the salary issue, given the rebound in the dollar and the TERRIBLE effect on food prices. Many colleagues are desperate about this unsustainable situation,” said @lubrio, Luigino Bracci.

RELATED CONTENT: Price Agreements: Why Didn’t They Work in 2018? Will They Work This Time?

Belkis Faría, a social media manager working for the government, said it doesn’t know what to do to resolve the market. “I am working to pay transportation, I think I will not come anymore. I have never been able to buy a steak again,” she told Supuesto Negado by phone.

Josefina Delgado, another worker at a public agency, commented that she does not leave her job because it is her only distraction, “because that paycheck (of 22,000 bolívares biweekly) is not enough to pay for half a carton of eggs (15 eggs).”

Meanwhile, the parallel dollar is already almost 27,000 bolivars and the monitoring updates are now more frequent, up to three times a day, before there were two. In most places prices are given in dollars. It seems that the bolivar has ceased to be the official currency.

For its part, given this situation, the anchor of the Zurda Conducta TV show, on Venezolana de Television, expressed on his Twitter account on August 29, Oswaldo Rivero (mango): “ALWAYS LOYAL, TRAITORS NEVER? 50 thousand for eggs, 60 thousand for meat, 20 thousand for flour. Terrorism, sabotage in public services, inequality in justice, if you complain you are a traitor, infiltrators in the public administration benefited and FUCK the Chavistas … Do you want more loyalty?”