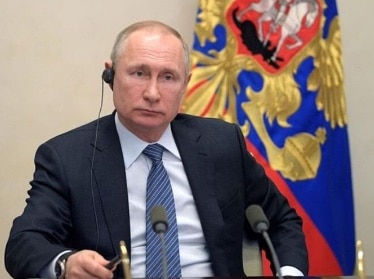 On Friday, July 9, the President of Russia, Vladimir Putin, responded to his American counterpart, Joe Biden, that he has not received any information from the United States regarding recent cyberattacks allegedly carried out from Russia. The Russian leader’s statement was in response to Washington’s new accusations of attacks allegedly perpetrated from the Russian territory against US digital communication platforms.

In a telephone conversation between the two heads of state on July 9, Putin told Biden that, in the context of the recent reports on a series of cyberattacks allegedly carried out from Russia, “no request for information has been received from the relevant US agencies on this issue.”

The Kremlin further emphasized that ”despite Russia’s willingness to jointly eliminate criminal activities in cyberspace,” the US has not sent it any information or request for collaboration on the recent attacks.

The Russian president stressed that, taking into account the importance and the scope of the challenge of the fight against cybercrime, the interaction between Russia and the US ”must be permanent, professional and not politicized.”

In addition, Putin argued that cybersecurity cooperation should be carried out through specialized channels designed for the exchange of information between authorized government agencies, and within the framework of bilateral legal mechanisms in accordance with the provisions of international law.

In what has been the first telephone conversation between the two leaders since the summit in Geneva on June 16, where both leaders had agreed to initiate consultations on cybersecurity, Biden demanded that Putin ”take action” to end cyberattacks with Russian ”ransomware.”

Biden also threatened Moscow with ”strong response” for the computer attack against the US firm Kaseya that affected more than 1,500 companies worldwide.

Later, White House spokesperson Jen Psaki specified that, for now, the United States has no evidence that may indicate that ”the Russian government directed the attacks” against Kaseya.

However, she added that the REvil group, which is of Russian origin and which experts consider as responsible for the cyberattacks, ”operates from Russia, with subsidiaries all over the world.”

Featured image: The Russian president is willing to collaborate with the US on the issue of cyberattacks. File photo.