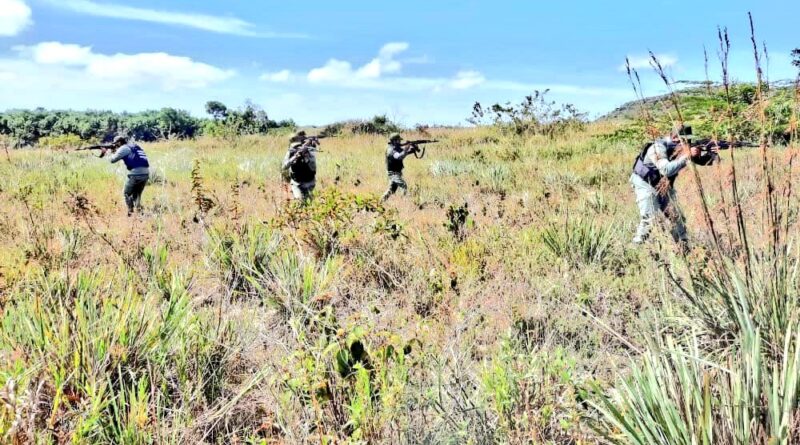 Through a statement issued this Monday, April 26, Venezuela’s Bolivarian National Armed Force (FANB) reported that in the last 72 hours, bloody clashes have been taking place against Colombian armed paramilitary groups, specifically in unpopulated sectors around the west of La Victoria, in the Páez municipality of Apure state, as part of Operation Bolivarian Shield 2021 that began on March 21.

The results
The military forces reported that confrontations resulted in a significant number of casualties among irregular armed groups from Colombia.

The destruction of temporary facilities that they intended to use for their criminal activities, such as the production of cocaine, was achieved. Similarly, several terrorists were captured, who are providing valuable information for future actions.

On the other hand, they reported that several officials of the FANB were killed in the battles, and their identities are currently being confirmed by autopsies. “Likewise, others were injured, and are receiving appropriate medical treatment in the military and public healthcare network,” read the FANB statement.

Narco-paramilitary crime
The Armed Force reiterated once again that these criminal and terrorist organizations act with the support of a powerful financing structure linked to the Colombian oligarchy. These narco-paramilitary cells are trying to enter Venezuelan territory with the aim of exporting their criminal model to Venezuela, stated the FANB, “especially along the border axis, in order to create a larger territory to serve as a base for destabilization.”

“We reiterate the firm decision to consolidate an absolutely free Apure state, restoring peace and tranquility to the inhabitants of the area,” read the statement.

The FANB repeated their continuing commitment to military operations that will neutralize any strongholds of these irregular groups in their attempt to undermine the sovereignty and peace of Venezuela: “We will fight tirelessly with all moral and material strengths until their total expulsion and final defeat.”

More clashes
In another region of the country (bordering Guyana), the Integral Defense Operational Zone (ZODI) of southern Venezuela maintains the deployment of soldiers from the Bolivarian National Guard (GNB) to guarantee the peace and tranquility of inhabitants of Bolivar state faced with extraterritorial threats.