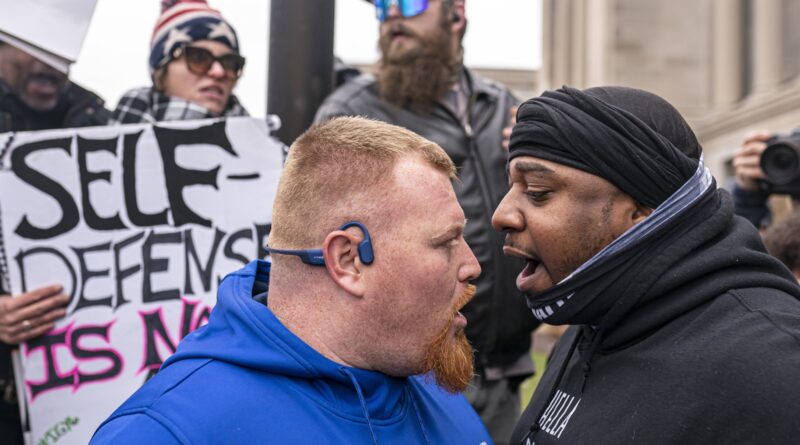 Black people give great attention to certain court cases in hopes of receiving justice when the system is designed to be unjust. That recognition and the commitment to fighting back will be of greater use than divining conclusions about a racist nation when juries reach verdicts.

Every high-profile trial which demonstrates the connections between systemic racism and law enforcement rivets 40 million Black men, women, and children to television, newspapers, and social media. One would think that jury verdicts change the living conditions of Black people in this country. The recent trial and not guilty verdict in the case of Wisconsin shooter Kyle Rittenhouse is but one example of this phenomenon.

Rittenhouse killed two white people in Kenosha, Wisconsin last year. Demonstrations after the police shooting of Jacob Blake brought hundreds of protesters and self-appointed vigilantes like Rittenhouse to that city. The race of the victims was less important than the identity of the killer and the circumstances which brought them all together.

RELATED CONTENT: The Acquittal of Kyle Rittenhouse: A Judicial Travesty

Yet the names Rittenhouse or Derek Chauvin or Amber Guyger or George Zimmerman resonate more than perhaps they should. These people became stand-ins for the system which is unrepentantly racist and where the demonization of Black people’s existence is a feature of law, commerce, education, and even health care. There is no escape from the oppression, and desperation can transform court cases into symbolic referendums on Black existence.

Of course an armed Black man would not have been warmly greeted by law enforcement as Rittenhouse was in Kenosha. Nor would a Black person be able to fatally shoot two people and then leave the scene without being arrested. A claim of self-defense in a situation brought about by the perpetrator placing himself in a situation where his presence created a danger would not be permitted. Black people rarely find friendly judges as Rittenhouse did. All of these observations are valid, but they are no more true for Rittenhouse than in hundreds of other cases across the country.

The wish for some justice and the hope that there will be public vindication of what Black people live with is easy to understand .Yet these feelings are not very useful in navigating an understanding of how to bring about change.

The fact that millions of people simultaneously predicted an acquittal in this case, yet still experienced anger and dismay upon hearing the verdict is an indication of the precarious condition of Black life. The defeat of Black politics weighs heavily. It has been a very long time since Black people acted in concert to secure their human rights.

The liberation movement was crushed by COINTELPRO, the deaths and imprisonment of leadership, and cooptation of a Black political class. The reactionary response to the movement included the development of a prison industrial complex and the mass incarceration of one million Black people. These dynamics play a part in creating defeatism, confusion, and wishful thinking.

The solution is a return to Black politics. Black politics are not synonymous with the presence of Black politicians, who more often than not are captives of the same interests which create so much suffering. Politics must be independent of the democrats who continue to be seen as protection against white racism when they are nothing of the sort.

Kyle Rittenhouse is obviously a white supremacist, but so is Joe Biden, who received 90% of the Black vote. White supremacy is a job requirement for the presidency and Barack Obama signed on to that agreement just as much as his predecessors did. Biden was seen as a savior who would rescue the nation from Donald Trump, who is portrayed as the only racist who ever served as president when he was one of just 46 who fit the description. Biden wasn’t particularly concerned about the verdict and his initial bland comment is proof.  “Well look, I stand by what the jury has concluded. The jury system works and we have to abide by it.”

Biden’s nonchalant response is in keeping with his political history. After all he is the man who shepherded the 1994 Crime Bill through congress and bragged, “We do everything but hang people for jaywalking in this bill.” Biden is consistent, angrily blurting out in a meeting last year, “If it doesn’t count for y’all to hell with y’all!,” when he was asked for the bare minimum of using executive orders to thwart republicans, the people we are otherwise told to view as mortal enemies.

RELATED CONTENT: Only in the USA Can You Kill 2 People with an Assault Rifle and Still Be Considered Innocent

The gun toter flashing the white supremacy hand signal is but one part of the problem. Protesters are correct when they say, “The whole damn system is guilty as hell!” There is no way to carve out little bits of justice here and there. We either have it everywhere or we don’t have it at all.

An affirmation of our right to self-determination and the will to affirm that right is the only proper response. Allegiance to political parties is a dead end for Black people, and so is hoping that judges and juries will behave differently than they always do if millions of people are suddenly paying attention to one courtroom.

There can’t be justice without a recognition of the seriousness of our condition and a commitment to fight. Celebrating when Jim Crow Joe enters the white house is not the answer. We must act as past generations did, who did not concern themselves with the machinations of their enemies. They named them as such and proceeded to move on their own accord. That strategy makes more sense than hoping for different verdicts when the entire system declares us as guilty for daring to exist.