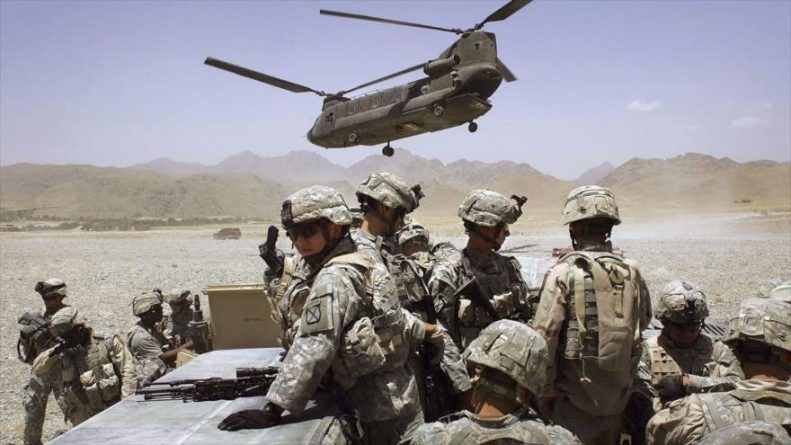 Russia’s Chancellery said it has evidence demonstrating the US relationship with the terrorist group ISIS (Daesh, in Arabic) in Afghanistan.

The United States, with the support of various Western and Afghan media, has adopted a disinformation policy accusing Russia of supporting the terrorist group Daesh in Afghanistan, the Russian Foreign Ministry reported in a statement issued on Wednesday.

US computer advertising against Russia aims to divert the 17-year international community’s attention from the failed US aggression to Afghanistan, the Russian ministry added.

The Russian Ministry said that Moscow has obtained indirect evidence of the United States’ ties with Daesh. “A US special forces unit attacked a Taliban prison, where this armed group held several members of Daesh prisoner, after they were captured in August 2018”, the Russian Foreign Ministry emphasized. They also stated that the ISIS prisoners were transferred to an unknown location because US feared that the extremists of Daesh would reveal information about their sponsors.

Moscow also noted that it had provided the US with and its allies from the North Atlantic Treaty Organization (NATO) information on unidentified helicopters that deliver supplies and weapons to Daesh in Afghanistan.

Russia has repeatedly warned of the growing activity of Daesh in northern Afghanistan, due the risk that from there this band could expand over Central Asia, region where Russia is located.

The Kremlin also accuses the United States of displacing Daesh terrorists from Syria to Afghanistan, and threatened that if neither the Afghan authorities nor the Americans take serious measures to stop the expansion of the radical gang, Moscow will resort to a military option.

According to the latest estimates made by Russia, at present, 10,000 terrorists from Daesh are on Afghan soil, where they sporadically commit terrorist attacks.