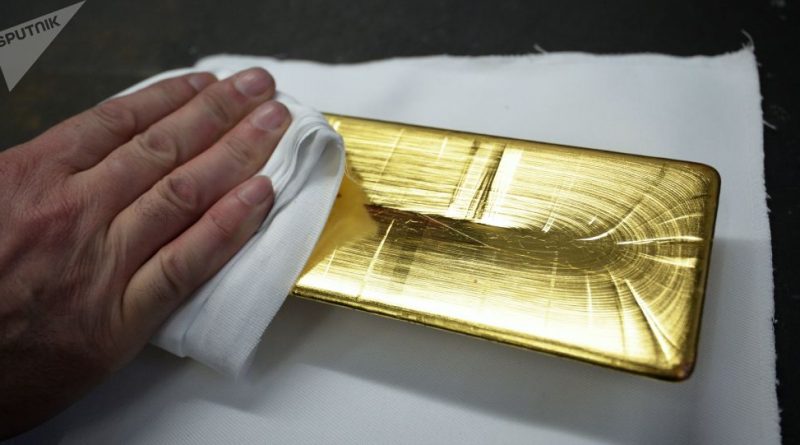 Russia has been stockpiling gold bullion in recent years in an attempt to lessen its economy’s reliance on the US dollar, with forecasts showing the country’s gold and foreign exchange reserves are set to outstrip those of Saudi Arabia.

Russia’s gold bullion stockpiles are now worth $109.5 billion, according to the latest figures from the country’s central bank, on the back of a push to steer growing international reserves away from the US dollar.

Data released by the Central Bank of Russia (CBR) on Friday shows Russia augmented its stockpile of the precious metal by more than $7.5 billion in one month, with the share of gold in the nation’s reserves securing a new record by scaling the 20.7 percent mark from its previous 19.6 percent. While 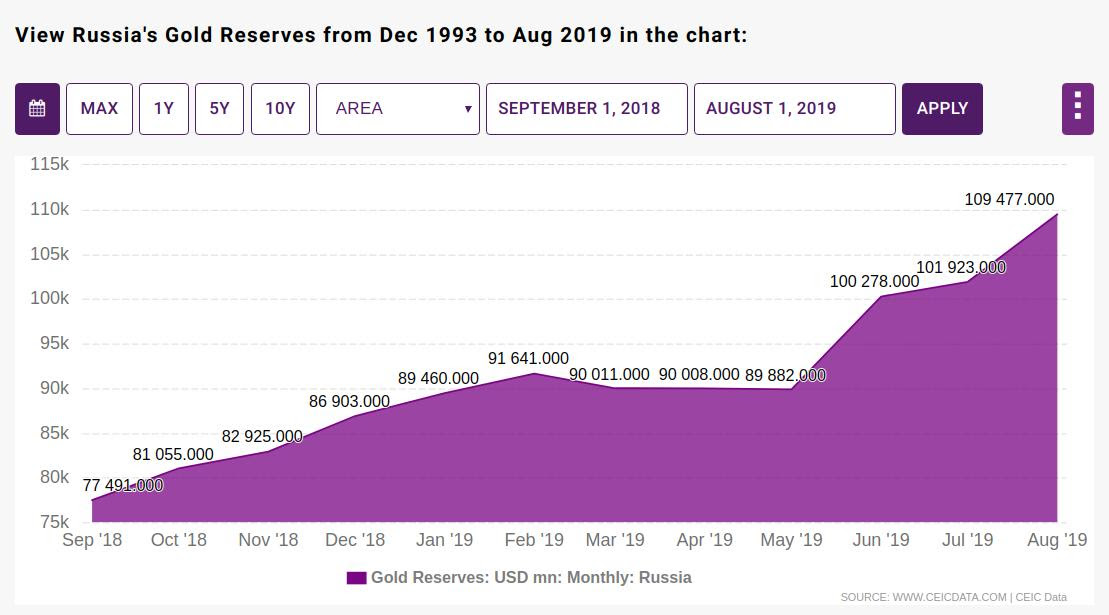 Russia’s international reserves have been making impressive gains, posting record highs not seen since February 2013. Foreign exchange reserves rose by around $9.2 billion or 1.8 percent in one month to reach $529.083 billion on 1 September.

Russia’s bullion holdings stood at around 2,217.68 tonnes by late July, after sweeping up another 9 tons of the precious metal in one month. Thus, since the start of the year, the country’s central bank has augmented its gold holdings by a total of 106 tonnes. Its reserves are comparable in volume to those of Italy (2,451.8 tonnes) and France (2,436.1 tonnes), according to the World Gold Council, although in those countries, the value of bullion far exceeds the value of other foreign exchange holdings.

According to a recent Bloomberg forecast, if the current trend of boosting international reserves persists (including foreign currencies and monetary gold among other assets), Moscow is on course to overtake Saudi Arabia as the fourth biggest holder of foreign currency reserves.

The top spots in international rankings are held by China, Japan, and Switzerland.

The growing stockpile would likely provide Russia with increased influence within OPEC and stabilise its national currency, the rouble, even in the event of plummeting oil prices, claim expert forecasts.

Drive to de-dollarize reserves
Russia has been increasing its reserves of the precious metal in recent years, while selling off its US Treasury securities.

The country used to be one of the largest investors in US debt, while according to July data, these reserves have dipped to $12 billion – their lowest level since 2007.

Russia is one among several states promoting a shift from the dollar to national currencies in bilateral trade, as Moscow previously criticised the US for “abusing” the reserve status of its currency.

During his speech at the St. Petersburg International Economic Forum (SPIEF) in June, Russian President Vladimir Putin slammed the US for trying to foist their economic dominance on other countries and argued that the global role of the dollar should be reconsidered.

“Having become the global reserve currency, [the US dollar] has today turned into a tool for the issuing country to put pressure on the rest of the world,” Putin said.

The trend of abandoning the greenback has become apparent in a recent report on the economies of the BRICS countries, which have reduced the use of the US dollar in mutual trade by 20%.

Jittery investors are left with the option of transferring money from stocks to gold, which, in turn, will push the demand for precious metal and cause its price to surge.