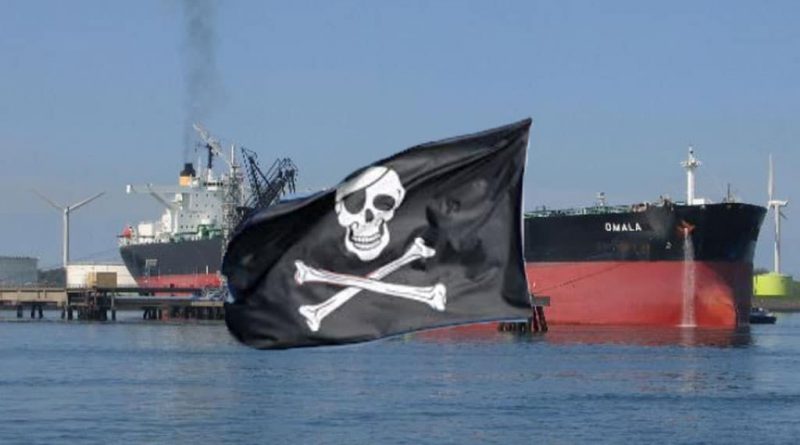 Russia publishes satellite images evidencing US involvement in the smuggling of oil from Syria, from which Washington earns 30 million dollars a month.

“Space intelligence images showed that oil was actively extracted and exported massively for processing outside Syria, under the reliable protection of US troops, before and after the defeat of Daesh terrorists,” the group’s Arab acronym, said the spokesman of the Ministry of Defense of Russia, General Igor Konshenkov on Saturday.

In detailing the information, Konashenkov has pointed out the protection offered by special operations forces and US military aviation to the smuggling caravans, if they are attacked.

The Russian military spokesman, in the same way, has made known that the income of this contraband, which has been estimated at about 30 million dollars a month, reaches the bank accounts of US private military companies and the secret services of USA.

He has also indicated that the smuggling of Syrian oil is carried out under a contract exercised by the US-controlled Sadcub company.

On Wednesday, US President Donald Trump announced his decision to keep a number of his troops in eastern Syria near the oil fields supposedly to protect them, despite the announcement of the withdrawal of all North American forces from the north of Syria.

On Thursday, the United States Department of Defense (the Pentagon) announced that it will send additional forces to eastern Syria.

Konashenkov, however, has attributed those announcements to Washington’s real objective of controlling the illegal extraction of Syrian oil and its smuggling for its own benefit.

The official has denounced the “state banditism at the international level” exercised by the US. and has reaffirmed the position of Moscow, insisting that the deposits of hydrocarbons and other minerals in Syria belong “exclusively” to this country.

Last week, Trump said in a controversial statement that the United States “has taken control of oil in the Middle East.”

The rich oil fields of Syria under the gaze of the United States, the Damascus government insists that the country’s natural resources belong only to Syrians, so control must be in the hands of the country.