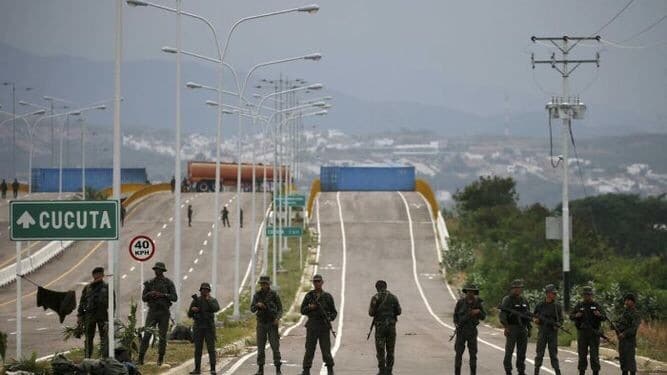 Venezuela reinforced security at the Colombo-Venezuelan border crossing of the Las Tienditas international bridge, despite the campaign of fake news regarding alleged irregular activities and unrest in the area .

A team of HispanTv did a special report from that point and noted absolute tranquility in the area .

The journalist of the aforementioned international news network, Marcos Salgado, described in his report that security is redoubled by Venezuelan military personnel and that a feeling of calm is felt throughout the border region .

The “humanitarian aid” that the United States (US) and the Venezuelan opposition prepare to deliver to the Bolivarian nation would enter through that point.

The Venezuelan border with Colombia is open at two other points, Puente Santander in Ureña and Puente Simón Bolívar in San Antonio.

Approximately thirty-five thousand people cross the border daily, from early morning hours, between both nations. There is also a normal flow at night of trucks full of merchandise .

The Venezuelan border in Táchira state is one of the busiest in Latin America that shows a face of peace and tranquility to those who travel it.