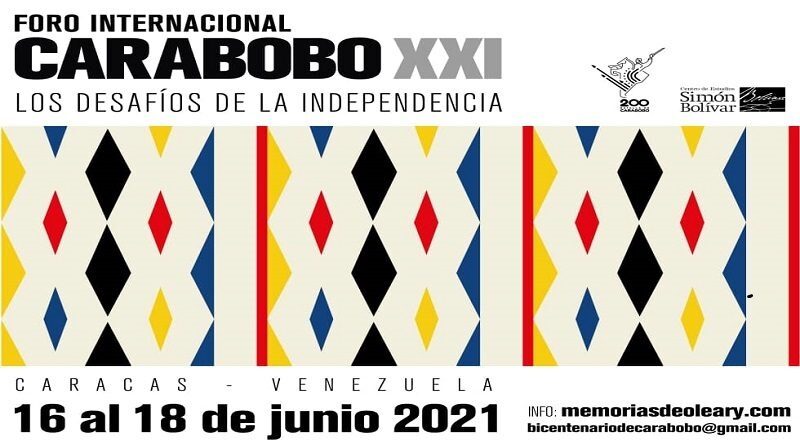 The Simón Bolívar Study Center will hold the Carabobo International XXI Century Forum in Caracas, Venezuela, from June 16 to June 18, to discuss the ”Challenges of Independence.” This was informed by the president of the Simón Bolívar Center, Alejandro López, via a telephone interview during the Punto de Encuentro TV broadcast of Venezolana de Televisión (VTV).

According to López, the forum will feature ”a group of national and international speakers, who will expound on the Bicentennial of the Battle of Carabobo, which will be conducive to a lively debate and reflection around this important historical event for Venezuelans and for the entire American continent.”

López also mentioned the main topics that will be debated, which are the military development of the Carabobo battle; the broader international context of the historical situation in Europe and Spain at the time; popular participation of women in the historic event as well as the participation of the social sectors that were historically excluded in decisive events such as the Battle of Carabobo.

López explained that the content of the forum will be published on the website memoriasdeoleary.com, so that participants can have prior knowledge of the topics that will be discussed during the gathering. He further informed that the forum discussion will be broadcast through the YouTube channel of the Simón Bolívar Study Center.