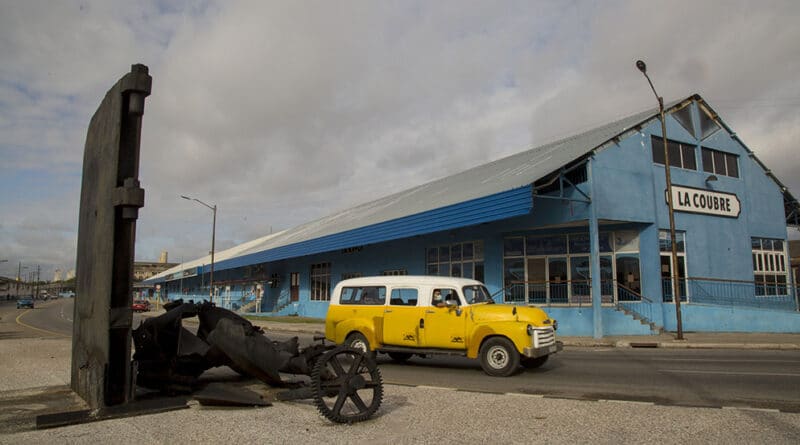 “March 4 represents a date on which Cubans recall everything that imperialism is capable of. Times have changed, but their aspirations are the same as when they described us as the ripe fruit that was destined to fall into their hands, ”stated First Secretary of the Communist Party of Cuba (PCC) Tamara Placeres Pérez Primera in Old Havana during a ceremony on Thursday, the 61st anniversary of the attack on the La Coubre steamship.

After recounting the events of that tragic day, in which more than 100 people lost their lives and around 400 were injured, Pérez Primera affirmed that “the event itself was not isolated, nor was it the last in the escalation of attempts to change our course.

“In recent times, in a new context, wars are exacerbated by social media networks, and the objective is always the same; from the champion of human rights and freedom of expression, all kinds of terrorist actions are promoted in our small archipelago, for the mere fact of our thinking differently, for dreaming of a country where the center of aspirations are directed to the growth of human beings.”

The official recalled the lawsuit filed by the Cuban people against the United States Government for human damages on May 31, 1999

The Provincial People’s Court of the capital, the body to which this complaint was presented, ruled that the US Government must compensate the Cuban people with a single payment of $181.1 billion USD.

The sentence also included the injunction that the North American Executive “publicly apologize for the non-pecuniary damage suffered by both the next of kin and the victims of the events narrated in this lawsuit.”

Cuba’s claim was established based on the value of the lives of 3,478 Cubans who died and 2,099 who were disabled by US actions.

“The North American administrations that have succeeded each other since the lawsuit have never had the morality or the decency to apologize and retract the damage caused to the victims and their families,” Pérez Primera stressed.

“My father was a stevedore, he was in Warehouse Two, he left the house very early in the morning,” Osvaldo Canceco Fernández told Cubadebate with a broken voice and red, glassy eyes. “I was there and I was telling him not to go to work that day. He went to work and the misfortune happened, the Americans carried out that sabotage, and we lost him. Today I remember it often, as if it were yesterday,”

Canceco Fernández was present at the event held this Thursday at the entrance to La Coubre dock, in the port of Havana. The name of his father, Osvaldo Canceco García, is seventh on the list of those who died that day, posted at the entrance to the pier.

On March 5, 1960, at the memorial service for those killed in the attack, Commander-in-Chief Fidel Castro recounted what happened to the crowd, outlined the irrefutable arguments of the theory of the attack and its authorship, and pronounced for the first time the slogan of “Homeland or death!,” a milestone in the political ideology of the Cuban Revolution and in the Cuban people’s struggle against adversity and to defend their sovereignty for six decades:

Also that day,  Alberto Díaz Korda captured the iconic image of Che Guevara, one of the best photographic portraits of all time, and possibly the most reproduced image in the history of photography.

Another item recognized by the first secretary of the PCC in Old Havana during this Thursday’s event was the creation in January 2018 of a special force by the US State Department for internet subversion, from which “terror is generated, outright lies are made, images are promoted and multiplied with the purpose of deceiving the people and creating mistrust, as well as to give the feeling of a climate of insecurity in the nation; violence and confrontation are encouraged between the people and the structures of the State, the Government and our armed institutions.”

Luis Antonio Torres Iríbar, first secretary of the Party in the capital and president of the Provincial Defense Council (CDP); Reynaldo García Zapata, governor of Havana and vice president of the CDP; Colonel Víctor Dreke, president of the Association of Combatants of the Cuban Revolution; and leaders and workers of the CTC [Workers Central Union of Cuba] were at the entrance of the pier to commemorate and honor the victims of the explosions that occurred on March 4, 1960.