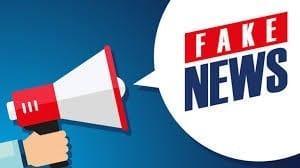 The first vice president of the National Constituent Assembly (ANC), Tania Diaz, urged last Wednesday to remain alert to the wave of fakes news that is spreading in social networks as part of the media and psychological war against Venezuela.

According to Díaz, these operations are aimed at “terrorizing, disorienting” the Venezuelan population to create a climate of “lack of protection and hopelessness”, as well as hatred to generate confrontations between Venezuelans.

In these recent weeks a series of fake news has been developed in various media whose opinion trend is permanently biased against the government that Nicolás Maduro presides constitutionally.

In response to the complaint made by the opposition deputy Juan Guaidó in contempt of the search for his family by the Special Action Force (FAES), the commanding general of the Bolivarian National Police (PNB) of Venezuela, Carlos Alfredo Pérez Ampueda, denied an alleged act of “intimidation” by police forces in the residence of Guaidó, in the east of Caracas.

“It is totally false that commissions of the Special Action Force (Faes) are located in Santa Fé in search of the family of the deputy Guaidó,” said Pérez Ampueda.

The alleged denouncement was made by the parliamentarian during a public ceremony at the Central University of Venezuela (UCV) and was immediately replicated in social networks along national and foreign media.

On the alleged recruitment of minors in Venezuela, Diaz, clarified that the rumors circulating on social networks are false, while she accused of these actions on the right, especially after the guarimbas of 2017 when the opposition reclutes young kids to ignite guarimbas, in fact that was very well documented during those days.

In her speech, Diaz was responsible for denying and exposing the smear campaign against the administration of the constitutional president of Venezuela, Nicolás Maduro through social networks, which represents a new onslaught of the US Government. and the Right wing Governments in Latin America.

“We have a project of humanism, solidarity and love for the human being, we do not do that kind of practices here,” said the official.

Another fake news that was been circulating through the networks is the alleged presence of Russian mercenaries in Venezuela, hired to protect President Maduro.

However, the Kremlin has been responsible for denying this information repeatedly.

“I do not think he needs our protection, he is a legitimately elected president; he has an army, I think he is well protected,” said Russian ambassador to the UN, Vasili Nebenzia.

In turn, the spokesman of the Kremlin, Dmitry Peskov reiterated that the Venezuelan people must resolve the situation in their own country “in the constitutional framework,” adding that external interference only aggravates the situation, so Russia does not do it like other nations, referring to the United States.

“This information belongs entirely to the field of conspiracy. There in Venezuela it is everywhere that escorts Maduro, just think logically. We do not have to react to the hoaxes (rumors),” Peskov said.

Also famous influencers have been lent for the disinformation campaign on the case of Venezuela. In this case, the Spanish singer Miguel Bosé uploaded to his social networks a video in which explicit tortures are supposedly been made to a group of young people in a Venezuelan jail.

But, after viewing the full video, it is clear that there was no jail and none of the alleged aggressors had a uniform, so what was reported does not represent the reality of what happens in Venezuela.