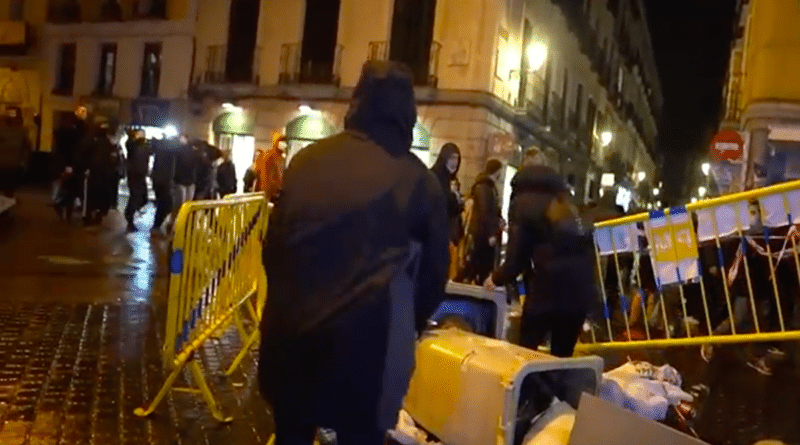 Demonstrators came out in Madrid on the nights of February 6 and 7 to express their rejection of the conviction of Catalan rapper Pablo Hasél. The 33-year-old artist has been convicted by the Spanish monarchic government for allegedly exalting terrorism, and insulting the monarchy and state institutions.

“Pablo Hasél! Freedom!” The protesters shouted as they marched through the capital’s streets.

“I am accused of exalting terrorism and insults against the Crown or the forces of the State, plus some cases that I had open [for resistance or disobedience to authority in 2017, and illegal entry in 2018]. In total it will be about four years,” Hasél detailed in an interview with Sputnik on February 2.

On January 28, the Spanish National Court gave the rapper 10 days to voluntarily enter a penitentiary. Meanwhile the discredited Spanish monarchy is plagued with scandals of all kind, particularly accusations of corruption that forced King Juan Carlos to step down and transfer the throne to his son, the King Felipe VI.