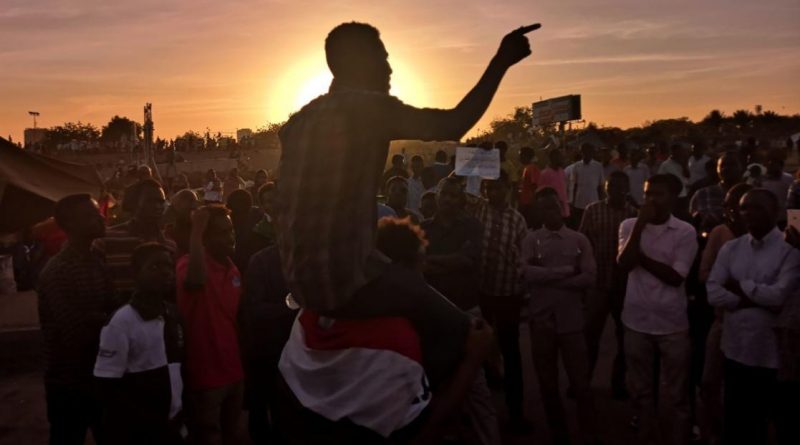 The Sudanese Communist Party on Sunday called for a million man protest on 21 October in an effort to fulfill the goals of the revolution, Anadolu reported.

The Communist Party, the largest among the Sudanese parties which revolted against ousted President Omar Al-Bashir, called for dissolving the former ruling party and excluding it from the main positions.

The party, which rejected the agreement between the Military Council and the Freedom and Change forces, called for an international investigation commission to probe the dispersal of the sit-in outside the army headquarters in Khartoum early this year.

In addition, it called for dissolving the security services formed in the wake of the military coup which brought Al-Bashir to power in 1989, regaining stolen money and leaving Yemen.

The National Congress Party, the former ruling party, and the Popular Congress Party rejected calls for their members to participate in the protests.

Featured image: Sudanese protesters rally in the area of the military headquarters in the capital Khartoum at sunset on 15 April 2019 [Ashraf SHAZLY/AFP/Getty]