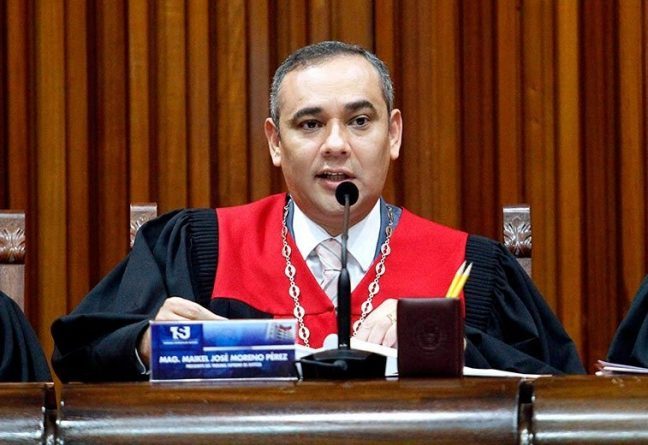 The President of the Supreme Court of Justice, Justice Maikel Moreno, asked the National Constituent Assembly to revoke the immunity of Congressman Juan Guaidó who, on January 23 of this year, proclaimed himself Interim President of Venezuela, in violation of the legal order and the Constitution of the country.

RELATED CONTENT: Why Was Guaido Barred from Holding Public Office for 15 Years?

Justice Moreno also announced precautionary measures against Guaidó, which include the ban on leaving the country without authorization, the freezing of bank accounts and financial instruments, the prohibition of buying/selling of properties, in addition to a fine of 200 tax units, equivalent to US$ 3.03.

This decision, taken within the framework of the Full Chamber of the Venezuelan Supreme Court of Justice, was motivated by the deputy’s violation of the precautionary measure of January 29, which expressly forbade him to leave the country due to the ongoing investigations of him by the Public Ministry, for altering the constitutional order and leading repeated calls to violence.

Juan Guaidó left Venezuela on February 22 under the pretext of directing the entry of “humanitarian aid” from the border with Colombia and Brazil. This operation was a pretext for creating a false flag operation with the intention of promoting a border incident between Venezuela and Colombia/Brazil to facilitate a US intervention in Venezuela. The Venezuelan people and their security agencies managed to control the provocation avoiding bloodshed and stopping an ilegal entry of items pushed by the US government through the Southern Command.

The Supreme Court Justice also ordered the Attorney General’s Office be notified about the decision in order to advance the investigation into the opposition deputy that might end up putting him behind bars.