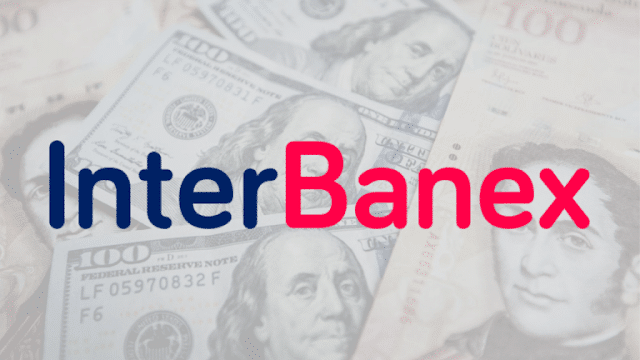 The electronic currency exchange platform, Interbanex, authorized by the Central Bank of Venezuela (BCV) at the end of January, is linked to the environment of the leader of Voluntad Popular, Leopoldo López, and was constituted by the legal desk of the Spanish corporate lawyer, Javier Cremades, hired by Juan Guaidó to supposedly “recover” assets of Venezuela in the territory of Spain.

The information is supported by a series of findings made by the investigative journalism platform La Tabla and confirms the existence of links between the opposition leadership and business structures that could be used to finance the conspiracy against the government of Nicolás Maduro. Last week La Tabla had already revealed elements in that regard related to the Spanish magazine Cambio 16 and a Caracas events company called Sinergia Total.

These are public data available on Interbanex located by #LaTabla in open sources:

1) Interbanex’s own Twitter account has reported that following the initiative is a Spanish company called Ampajesu SL, where Manuel Fajardo and Carlos García appear as executives.

2) What the tweet did not say is that the company had as its creator and sole administrator Jesús Hernández Gil, who resigned on December 12, 2018, in the same act that Fajardo and García assumed as joint administrators. The company was created in October 2018 and only three months old when it started operations in Venezuela.

3) Hernandez Gil is a lawyer from Granada who is part of the Cremedes & Calvo Sotelo corporate law firm, and whose main figure is the lawyer Javier Cremades.

4) Cremades has presented himself as a lawyer of Leopoldo Lopez and was the one who announced the measure of house arrest in 2017.

5) Interbanex also reported that the shareholders of the same are the Spanish Ampajesu and a Barbados company called Bull Equity Management.

6) A company with the same name is registered in Florida since June 2013 and its record shows the relationship with the Barbados company. The administrator of the Florida company is Dionisio Sifontes.

7) Sifontes is a well-known financial operator of the brokerage house of Caracas Econoinvest, involved in an exchange fraud in 2010 for which several of its directors were prosecuted and deprived of their liberty.

8) The main manager of Econoinvest was Herman Sifontes Tovar, who is uncle of Dionisio Sifontes.

9) Herman Sifontes is married to Diana Lopez Mendoza, who is sister of Leopoldo Lopez. Both reside in Spain where they received the nationality along with their parents.

10) Manuel Fajardo García, the solidary administrator of Ampajesu, is employed by Ocean Capital Advisors, a US capital fund founded by Jim Rogerse. Fajardo is also the sole administrator of the Spanish company Ocean Quant Management created in 2014.

11) Jim Rogers is known primarily as the partner of George Soros in the creation of the Quantum Fund in 1973, noted for causing artificial devaluations in several countries in the last 30 years.

12) In 2011, at the beginning of the offensive against Libya, Rogers warned in an interview with Yahoo Finance that the dollar was at a crucial moment but that the revolts in the Middle East were going to favor it.

13) It is worth mentioning in this context that Smartmatic (operator of the Venezuelan electoral system until 2017) is controlled at least since 2014 by the organization of Soros through the British Lord Mark Malloch-Brown, vice president of the Quantum Fund. After the election of the ANC Smartmatic publicly disqualified the results as part of a plan (seen in retrospect) to discredit the automated system.