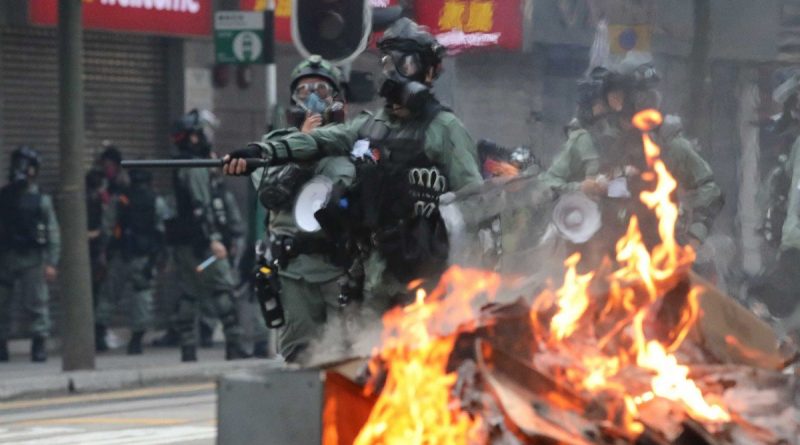 A Taiwanese man who visited Hong Kong to carry out a robbery before returning to the self-ruled island that day is the second suspect to benefit from the lack of an extradition agreement between the two jurisdictions, the Post has been told.

The absence of mutual fugitive arrangements with Taiwan, as well as formal judicial cooperation, led the Hong Kong government to bring forward its ill-fated extradition bill, which triggered months of increasingly violent protests in June that continue to blight the city.

Ministers wanted to plug the loopholes highlighted by the case of Hongkonger Chan Tong-kai – the murder suspect wanted in Taiwan for killing his pregnant girlfriend Poon Hiu-wing – but was forced to back down following the fierce backlash to proposals that could have exposed city residents to opaque trials in mainland China.

In a case raising similar legal questions, the Post has been told the Taiwanese resident posed as a customer to rob the Mody Road shop in Tsim Sha Tsui, on the morning of his arrival in Hong Kong on October 6.

According to police, the man threatened a 31-year-old member of staff with what appeared to be a pistol, before snatching two watches worth HK$990,000 (US$126,000) and running out of the shop.

The weapon, which was later identified as an air gun, fell to the floor as the employee gave chase and grappled with the suspect outside the shop.

The robber eventually ran off, fleeing in the direction of Hanoi Road. Officers searched the area, but no one has been arrested.

The hold-up took place a fortnight before Chan was released from jail after 19 months in custody on money-laundering charges, which related to the handling of Poon’s property.

After poring through CCTV footage, officers followed the suspect’s escape route via taxi from Tsim Sha Tsui to the airport.

“Investigation showed the suspect had left for Taiwan on the same day he arrived Hong Kong,” a law enforcement source said.

The suspect was later identified as the holder of a Taiwanese travel document after checks with officials and the airline. It is understood the relevant government departments are trying to confirm the identity of the suspect with the Taiwanese authorities.

But a government source said a prosecution was unlikely unless the suspect returned to Hong Kong.

“The suspect is now a free man in Taiwan because under the current system, Hong Kong government cannot request Taiwanese authorities to arrest the man and send him to Hong Kong to face trial,” the source said.

The source said local police could put the suspect on the list of wanted persons via Interpol.

He added the suspect could face arrest under the Interpol measures if he went to countries such as the US, from where he could be extradited to Hong Kong after arrest.
Hong Kong murder suspect whose case sparked protest crisis released from jail

He said the authorities would not hand over legal evidence such as CCTV footage to Taiwanese authorities as there was no mutual judicial cooperation between the two jurisdictions.

The source said it was possible the suspect was aware of the loophole and so chose to visit Hong Kong to commit crime.

“It’s not new, but Chan’s case might have drawn the attention of criminals in Taiwan that they commit crime in Hong Kong and have no responsibility if they can return to Taiwan,” he said.

In Hong Kong, Chan is under police protection after he walked out of Pik Uk Correctional Institution on October 23.

Just before his release, the Hong Kong government was told he wished to turn himself in to Taiwanese authorities. The administration then contacted Taipei to arrange Chan’s surrender, but the two sides failed to agree on how that should take place.

Hong Kong officials insisted Chan could freely surrender himself, but Taiwan said they should not allow the suspect to walk free to avoid destruction or tampering of evidence.

Chan’s case triggered Hong Kong’s biggest political crisis in decades, with little sign of the violence and destruction coming to an end.

Chief Executive Carrie Lam Cheng Yuet-ngor pointed to Chan’s case as part of her bid to push through the now-withdrawn extradition bill, which would have allowed the transfer of criminal suspects to mainland China and other jurisdictions with which Hong Kong lacks an agreement.

She argued amending the legislation was vital to plug the legal loopholes that prevented Hong Kong from sending him back to Taiwan to face justice.

The bill, which was formally abandoned last month, has sparked mass protests and violent clashes between demonstrators and police.

Since then, police have fired more than 6,100 rounds of tear gas, 2,400 rubber bullets, 550 beanbag rounds and 700 sponge-tipped rounds at protesters, the most radical of whom have thrown petrol bombs at officers and smashed up businesses and railway facilities.