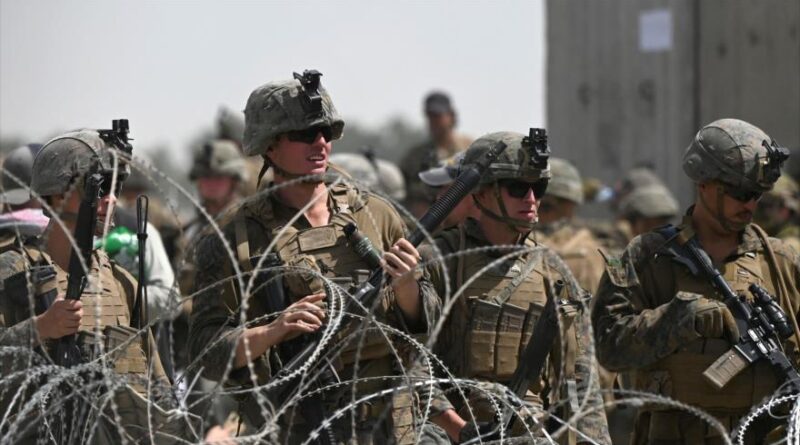 In an interview with the British channel Sky News on Monday, August 23, spokesman for the Taliban political office, Suhail Shahin, reacted to reports of a possible continuation of the US military presence in Afghanistan beyond the deadline of the August 31, stating that the complete withdrawal of foreign forces is considered a “red line, since the prolongation of the occupation would have serious consequences.”

“It is a red line, “said Shahin. “President Biden announced that on 31 August they would withdraw all their military forces. So if they extend it that means they are extending occupation while there is no need for that.” The Taliban spokesperson made reference to US President Biden’s statements on Sunday, when he said that he will comply with the evacuation of Afghanistan, but said the deadline could be extended given the lack of security at the airport in Kabul (the Afghan capital) and the risk of terrorist attacks.

In addition, the Taliban spokesperson stated that if the aforementioned period is extended, the distrust between the group and the North American side will be undermined. “If they intend to continue the occupation, this will provoke a reaction,” he added.

In addition, he stressed that the Taliban will say “no” if the United States or the United Kingdom seek additional time to extend evacuations.

In this context, British Prime Minister Boris Johnson will chair a meeting of the leaders of the Group of Seven (G7)—the United Kingdom, Canada, France, Germany, Italy, Japan and the United States—on Tuesday to address the Afghan crisis created by them and, in particular, the possibility of extending the deadline for evacuations.

RELATED CONTENT: As Kabul is Retaken, Papers Look Back in Erasure

Meanwhile, British outlet The Telegraph reported that during the meeting, Johnson will pressure Biden to delay the withdrawal of US forces from Afghanistan.

On August 15, the Taliban seized control of Kabul without the slightest resistance from the US-trained Afghan army, just hours after President Ashraf Qani fled the country. The arrival of the Taliban ends a twenty-year-long war with which Washington and its allies promised to bring “peace” to the Central Asia nation.

In fact, the advance of the Taliban occurred in parallel with the final phase of the withdrawal of US forces and the North Atlantic Treaty Organization (NATO) from Afghanistan, which invaded the country in 2001. As some analysts warn, Washington could be reinforcing the Taliban to create a justification for future military missions aimed at protecting their interests in the country.