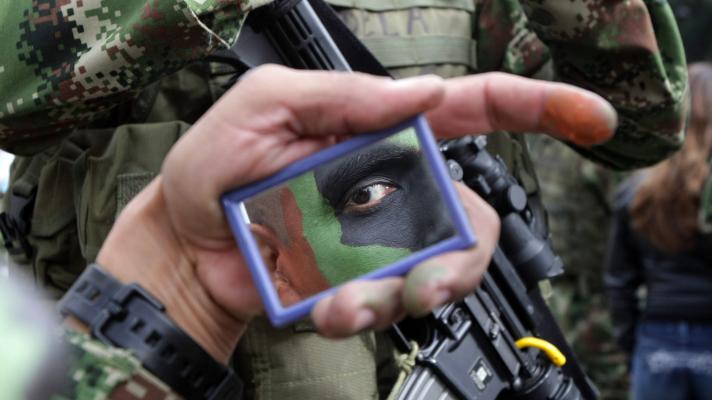 During a conference titled “The Armed Conflict at the University of Nariño,” organized by the Truth Commission in Colombia, ex-commanders Guillermo León Marín and Aníbal Gómez of the defunct Antonio Nariño Peasant Brigades Front of the United Self-Defense Forces of Colombia (AUC), attached to the Libertadores del Sur Bloc, asked for forgiveness due to the great variety of crimes perpetrated against the community of the University of Nariño.

The United Self-Defense Forces of Colombia was the largest paramilitary group in Colombia, accused of a vast number of war crimes and crimes against humanity.

Gómez apologized, and detailed how the AUC perpetrated the murder of four student leaders (Martín Rodríguez, Adriana Benítez, Marco Salazar and Jairo Moncayo), who were killed for alleged links with the guerrillas.

According to the former head of the AUC, the evidence that allegedly linked the students to guerrillas came from Army intelligence, because the AUC did not possess any information on the relationship between the two. He even indicated that a sergeant with the surname Cardozo gave him the list with the names of the young students so that they could be eliminated.

“The sergeant was the one who gave us the list of students whose lives were to be taken,” he told the Truth Commission. “As far as the motives for the death of the students, first it was the accusations of military intelligence, and second was information transmitted by students who turned out to be part of the AUC.”

According to the former paramilitary commander, the AUC paid students to infiltrate university groups and give them information, as they did during demonstrations, in which he confessed he had participated, undercover.

Gómez also pointed out that in order to perpetrate many of their crimes, the AUC received support from the Administrative Department of Security (DAS) of Nariño, and that members of the Public Prosecutor’s Office kept them informed of investigations against them.

“The DAS also passed on information so that some people were killed—they gave names or photographs,” said Gómez. “There were people who dared to report, some were daring and did so with their own names, reporting things that the Self-Defense Forces did. But it was curious, because it had not been a week since they had reported something, when we even had a copy of the proceedings. There was infiltration in the Prosecutor’s Office.”

DAS was a state agency in charge of conducting intelligence and counterintelligence operations in Colombia. On October 31, 2011, President Juan Manuel Santos issued Decree 4057, by means of which he abolished that entity. It was succeed by the National Intelligence Directorate (NID) that, according to many analysts, inherited most of its predecessor’s illegal dealings.

According to the paramilitary criminal’s accounts, the AUC even distributed leaflets in the university prohibiting students from any type of violent act during demonstrations, under penalty of being attacked or killed.

Featured image: The number of testimonies that confirm the involvement of the Colombian State in paramilitary crimes is growing (Photo: Mauricio Dueñas/EFE).