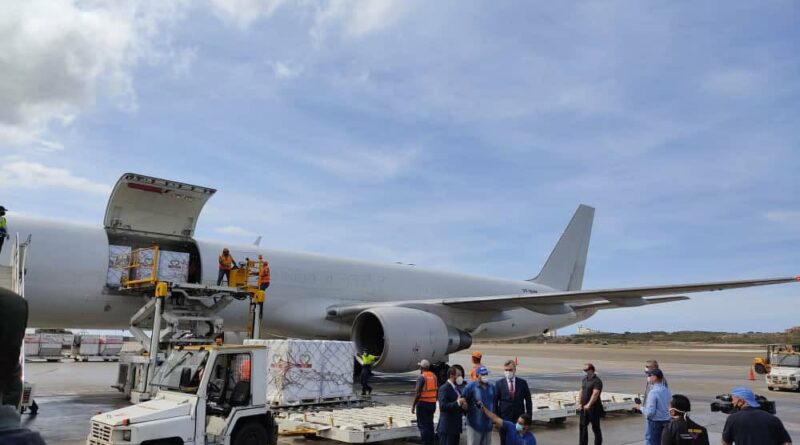 A shipment of 830,201 vials of insulin arrived in Venezuela last Friday, as part of the tenth delivery agreed to by Russia and Venezuela, in the context of the Framework Agreement for a Strategic Trade Alliance signed at the Saint Petersburg International Economic Forum, held in June 2019.

The agreement, of €32.8 million, between the Russian biological company Geropharm and the Venezuelan state enterprise Espromed BIO, an agency of the Venezuelan Ministry for Health (MPPS), provides for the supply of 5,410,000 insulin vials of the types NPH, crystalline, 70/30, glargine and lispro, destined to cover the needs—free of charge—of the population affected by diabetes.

RELATED CONTENT: Despite Trump’s Boast, Insulin in America Among the Most Expensive Liquids on Earth

Geropharm carried out the first technical evaluation of the Espromed BIO machinery, in order to initiate the technical processes leading to the technological transfer of the insulin production and filling processes.

In addition to the supply, the agreement aims to achieve cooperation between both companies in matters of registration, commercialization, distribution, quality control, implementation of pharmaco-vigilance and technology transfer of finished pharmaceutical forms of insulin, as well as human insulin analogues (filling and formulation).

The shipment was received at the Maiquetía International Airport (La Guaira state) by the MPPS Vice Minister of Resources, Technology and Regulation; the Vice Minister for Europe of the Venezuelan Foreign Ministry, the President of Espromed BIO, and the Ambassador of the Russian Federation.

US Sanctions have forced Venezuelan authorities to find new suppliers for many medicines formerly purchased from US or European pharmaceutical corporations.