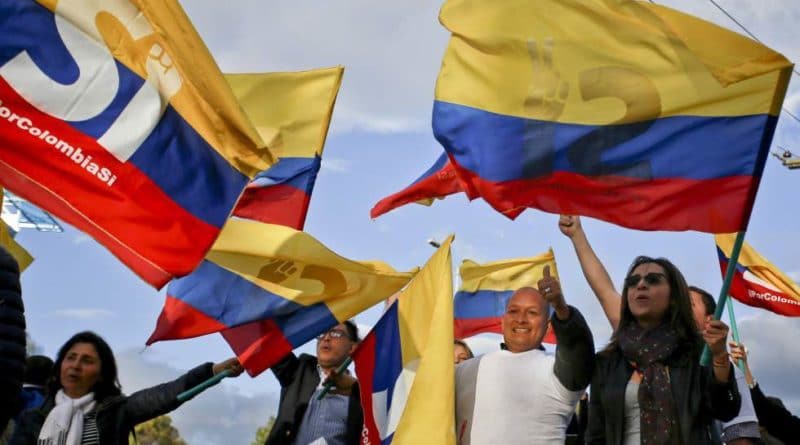 After the signing of a peace between the Colombian government and the largest guerrilla group in the American continent, and after the result of the plebiscite, Colombia passed in just a few weeks from hope to unrest, and has lived in that limbo for the last four years.

The signing of the peace agreement in September 2016 between the government of President Juan Manuel Santos and the Revolutionary Armed Forces of Colombia (FARC) seemed the long-awaited outbreak of hope in a country characterized by settling all political, social and even personal controversies through violence.

However, just a few days later, the result of the plebiscite that sought to endorse the agreement gave the world an incomprehensible signal that expressed the complexity of a society marked by war since its founding as a Republic.

When asked: Do you support the final agreement to end the conflict and build a stable and lasting peace? 50.21% of voters said NO, while 49.78% said Yes. But most notable in that exercise was the level of abstention. 62.6% of voters decided not to participate. In other words, of the 34.8 million Colombians who were registered to exercise their right, only 13 million participated, a third of the population in an exercise of peace.

How is it possible that two thirds of a country that in its last 60 years has suffered a war that caused almost a million deaths, 7 million displaced, nearly 200 thousand disappeared and more than 34 thousand kidnapped, turned their backs on peace?

Much has been written about this extraordinary phenomenon. There are many investigations that explain deep cultural issues increased by the social effects of decades of exclusion, exploitation and ignorance, up to the revelations about the communication strategies developed by the promoters of the “No” vote, the same who have made a living from war for decades.

The truth is that, after the signing of peace between the government and the largest guerrilla group on the American continent, and after the result of the plebiscite, Colombia passed in just a few weeks from hope to unrest, and has lived in that limbo for the last four years.

The cry of the dead

Despite the fact that the agreement was not endorsed, the government maneuvered to carry out the historic pact. The promoters of the “No” were called to expose and eventually introduce their claims, many of which were accepted, except those that were contrary to what was negotiated for more than five years in Cuba. Peace started.

However, these almost 4 years of post-agreement have shown no signs that the country is on the way to achieving a definitive and stable peace. Although more than 13,000 fighters from the now-defunct guerrilla group and the war zones were demobilized and the confrontations logically decreased, the country lives surrounded by a wave of violence that does not stop.

According to various sources such as the Institute for Development Studies and Peace (Indepaz), the social leaders killed since the signing of the peace until today exceed 700. However, the newspaper El Espectador, one of the most widely circulated in the country, published on its cover the names of 442 social leaders who have died violently after the signing of the peace. Beyond the accuracy of the numbers and the differences among the sources, the figures express a tragedy.

Added to all of the above is the murder of 201 ex-FARC combatants and 40 family members of ex-guerrillas in these years of “peace”, which adds further concern for what it means in terms of compliance with points agreed upon in the negotiations of La Havana. Remember that the current Colombian government represents those who in these years have tried to tear apart the Agreement.

The situation tends to get worse. There are no truly sincere and accurate efforts by the government to reverse this scourge. There is even evidence that connects many of these murders with political and / or economic interests in related sectors or with ties to the government and the ruling party. So far this year, 138 social leaders have been killed in acts of violence, without a foreseeable end.

Different international institutions have spoken in this regard, demanding from the government of President Iván Duque respect for life, guarantees for the safe exercise of the functions of these people, more action and presence of the state in the territories and less impunity.

The Office of the UN High Commissioner for Human Rights in Colombia has been one of the international bodies that has strongly criticized the current human rights situation in Colombia. Likewise, the Inter-American Commission on Human Rights has expressed its concerns. In both cases, the Iván Duque government has rejected the allegations and there is no change in direction on the matter.

Even the pandemic, with its more than 63,000 confirmed cases and more than 2,000 deaths, has not reduced the levels of violence in the country. In addition to the murders of former guerrillas and social activists, women are another sector martyred by patriarchal patterns of conduct rooted in Colombian society. From March 25 to June 1, 42 women have been murdered in Colombia solely because of their gender.

But if another indicator of social degradation and its intrinsic violence were needed, it would suffice to observe the signs of irrational intolerance against Colombian health professionals. Despite facing the pandemic within a system unable to do so and with very low levels of biosecurity, Colombian health professionals are being victims of harassment and verbal and physical violence in their communities due to the supposed danger they represent in terms of contagion.

In 1998 the Colombian writer Gabriel García Márquez pointed out: “It is time to understand that this cultural disaster is not remedied with lead or silver, but with an education for peace.” And that education will only be possible when the excluded majorities decide to undertake the changes that leave inequality and the lack of opportunities behind.

What this is about is change — for a system that since the 19th century has only favored a few families, their employees and the army, sectors that have appealed to violence, by action or omission, to defend their privileges. Those are the true ones responsible for the Colombian tragedy. 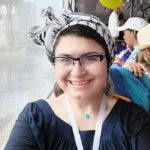