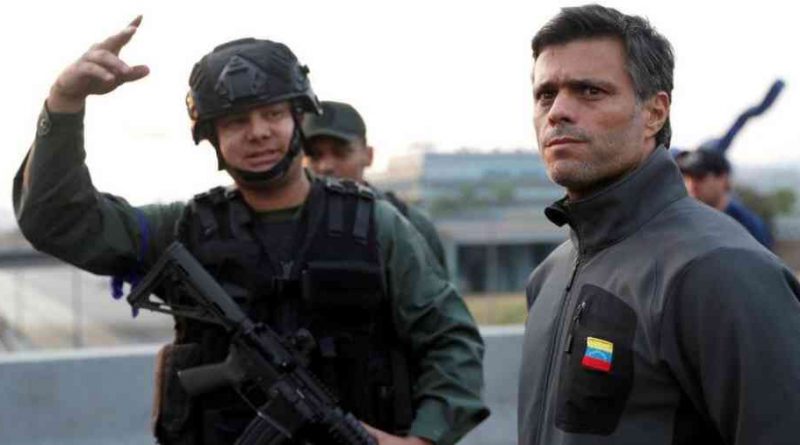 Chile’s foreign minister, Roberto Ampuero, confirmed on Tuesday afternoon that Leopoldo López, Lilian Tintori and her daughter “took refuge” in the Chilean embassy, while 25 Venezuelan soldiers who participated in the coup sought asylum at the Brazilian embassy in Caracas, according to the spokesperson of the Presidency of that country, Otávio Rêgo Barros.

«Lilian Tintori and her daughter entered as guests at the residence of our diplomatic mission in Caracas. A few minutes ago her spouse, Leopoldo López, who stays with his family in that place, joined them,” said Ampuero, Chancellor of the government of Sebastián Piñera, who also said that “Chile reaffirms commitment with Venezuelan democrats.”

On the other hand, the information on the 25 Venezuelan military was made known by different Brazilian media, such as Folha y Poder360 .

This Tuesday morning, it was reported through social networks that the military base of La Carlota had allegedly been taken by a group of anti-chavistas, led by deputy Juan Guaidó, and Leopoldo López -who violated the benefit of house arrest – and a group of soldiers and members of the Bolivarian Intelligence Service, who made calls on social networks to the population to support them and depose the legitimate President, Nicolás Maduro.

Soon after, it became known that the base of La Carlota was never taken by the coup leaders, but rather by the group of civilians and soldiers (among whom were numerous troops who were duped, supposedly to participate in an operation to restore order in a prison in the countryside of the country) were stationed on the Francisco Fajardo highway, specifically in the Altamira bridge, located outside of the aforementioned air base.

From the highway, many hooded men attacked the military base with molotov cocktails and stones, unable to accomplish take it.

Meanwhile, on the other side of the city, thousands of supporters of President Nicolás Maduro surrounded the Miraflores Palace, which would be the final goal of the coup plotters. A small opposition march that tried to go to Miraflores was finally dispersed in Chacao and Altamira by the security forces with tear gas and plastic pellets, which marked the failure of the coup attempt.