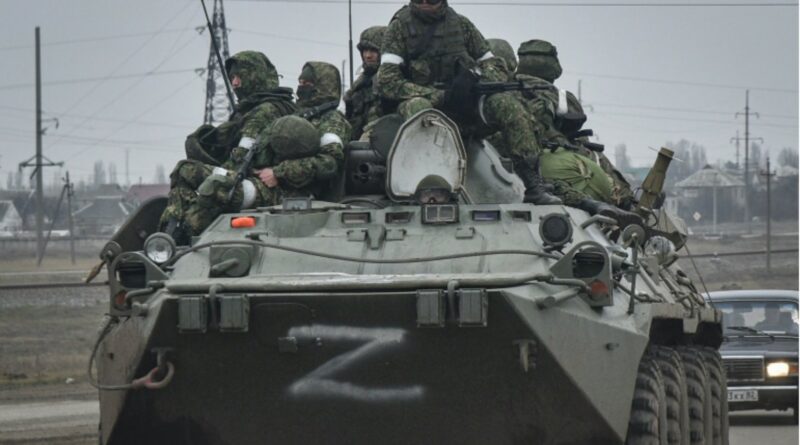 In 1964, Marcuse warned about the loss of revolutionary capacity in the West due to the triumph of repressive measures implemented by advanced industrial societies to silence any kind of intellectual dissent through the media, advertising, propaganda, and the most unbridled consumerism. At that time, it heralded the birth of the One-Dimensional Man, an individual with no critical capacity, extremely docile and malleable to the whims of the powerful.

Despite the time elapsed, this process has not abated. On the contrary, since the second half of the last century, the systems of control and social domination have been refined to unimaginable extremes that would shock the German philosopher and sociologist. European citizenship is no longer, nor is it expected to be, in the vanguard of anything. The degree of decadence, of submission, of accommodation to the dominant thinking is such that there is no critical thinking and any kind of intellectual dissent is immediately crushed by the system itself, and also by an intellectuality that was never previously linked to power and is now its most useful instrument.

Today, with the war in Ukraine, writers and experts are emerging as fungi whose mission is precisely to attack the bastions of free thought that may be on the European and Spanish left. They are the kind of organic intellectuals who believe that their discourse is far above that held by the rest of mortals and who, moreover, claim to enjoy an indisputable moral superiority, although they are nothing more than transmission belts for a decadent, impoverished, and diseased one-dimensionalism. Armed with platitudes, empty language, and tons of naive infantilism, they play out their pseudo-democratic totalitarianism against any kind of dissent, especially when it comes to the left, which they consider their private hunting ground.

But in spite of everything, there remains a proud, uncomplicated, free-thinking left that surpasses the mainstream media’s argument and tries to bring the light of reason to the table against the emotional blindness whose war propagandists have deployed in order to avoid any kind of analysis that might spoil the propaganda campaign they have so carefully set in motion. As Fidel said, the main goal of those who run the narrative is to make the public lose its ability to think, through conditioned reflexes. And they are certainly succeeding.

Psychological warfare, an inseparable part of 4th Generation warfare, requires the intensive use of propaganda and lies to direct thoughts and behavior as a method of “peaceful” social control. It was Winston Churchill who said that “in times of war, truth is so precious that it must be guarded by a bodyguard of lies,” although already Sun Tzu, in the Art of War, in 500 BC, said that “all warfare is based on deception.” However, our left-wing intellectuals, it seems, have not yet figured out how these things work. Perhaps they need another two and a half thousand years to become aware of it….

Walter Lippmann initially, followed later by Hartman and Chomsky, defined manufactured consensus – or consent – as a weapon for controlling public opinion, in nominally democratic societies, so that their populations allow themselves to be led by the ruling classes under the guise of an apparent confluence of discourses, goals, and interests. The consensus-building phase is absolutely necessary before the beginning of any armed conflict, especially those that may require certain sacrifices from the populations involved. We have reached a point where today’s wars no longer begin when the first shot is fired, but the moment the first newspaper loaded with propaganda against the future enemy leaves the printing presses.

To be penetrated by war propaganda, to internalize it, amounts to unconditional support for the war for which one has been prepared, even though the very concept of war may be intellectually or morally repugnant to us. Thus, we have seen leftists or pacifists calling for military action against Qaddafi, for example, for massacring – falsely – his population, even though they openly called for bombs to be dropped by Arab armies, because calling on NATO to do so might generate a certain insurmountable rejection or cognitive dissonance.

•  NATO’s war against Russia in Ukraine ultimately opened and tore at the seams of much of the European left, to the point where it exposed its true self and its unwavering adherence to the Atlanticist bloc. Some authors suggest that there is simply no longer a true left on the Old Continent. Be that as it may, Europe’s self-complex left seems to ignore a number of clear and undeniable issues:
•  Although the invasion of Ukraine is ultimately Russia’s responsibility, the previous strategic aggressor is the United States with its expansive NATO policy, which has clashed with the security requirements repeatedly expressed by Russia to ensure its survival in a Cold War context that has never ceased to exist since 1947.
•  Moscow has every right to defend the Russian population of the Donbass, under attack since 2014 by the regime that emerged from the Maidan fascist coup d’état, organized by the US and the EU.
•  Ukraine, doped up by Western weapons, had been preparing for an all-out war against Donetsk and Lugansk since the end of 2021, documents seized from the National Guard show that the invasion would take place in early March.
•  It is written that Washington was seeking a war of attrition in Ukraine against Russia starting in 2019 (Rand Corporation), such a war was also planned by the Ukrainian government, as stated in an interview by Arestovich, Zelensky’s chief advisor and spokesman.
•  Ukraine’s ceasefire violations monitored by the OSCE in February 2022 suggested a “softening” by bombing the Donbass front lines before proceeding with a ground offensive. Knowing this accumulation of proven facts, aligning with the policies of the U.S., NATO and Ukraine means knowingly supporting a real Russian genocide in the region, which is exactly what was about to happen.

So has Russia fallen into a trap? This is the thesis put forward by some authors. The Rand report, analyzing the possible variables of its interventionist strategy, stated that there was a danger that the Russian response to Kiev’s intention to take the Donbass would not be limited to the now secessionist provinces but would extend to other regions of Ukraine and that additional permanent territorial losses would discredit the United States as the instigator of the conflict.

Much remains to be seen, but one might point out that the Donbass will be joined by other republics and that, looking at the positive evolution of the ruble against the dollar, Russia is also winning the economic war. In the end, it is possible that Russia will not come out of the onslaught as weakened as planned. In this sense, even if Russia had no choice but to make the decision it did, even if it knew it would not be a good solution, it might even come out of the crisis unscathed.

Anyway, for our organic analysts, talking about this kind of thing is tantamount to being Putin’s “offspring,” as is the case when mentioning the WMD bio-labs found in Ukraine. Pentagon labs which, by the way, our free press describes as “alleged” even though they have been recognized by the American authorities as Pentagon activities. For much less than that, the United States and other NATO countries have launched invasions with millions of direct and indirect deaths.

Another thing that irritates the left or the peace movement is to point out the neo-Nazi nature of the regime that emerged from the Maidan coup. A number of ministers, governors, military or battalion of Nazi ideology can be cited, and their only response is to underestimate its strength and influence. It doesn’t matter if Reuters or Amnesty say that there are more than 20 battalions in the National Guard, that there are more than 100,000 paramilitaries, or that they make up almost half of the Ukrainian army. Never mind that some countries consider them to be terrorist networks or that they have a multitude of war crimes documented in their name. They will say that it is a Russian invention to justify an invasion and that similar things can happen even in Spain and that nobody invades us for that reason. Their accommodation to the Atlanticist argument, their Stockholm syndrome is absolute, whether they recognize it or not. Incidentally, it is something commonly found from the parliamentary left to the far right across Europe, who have unequivocally condemned both Russia and Putin in the first person.

In their counterattacks, they always argue that we are the ones imbued with Russian propaganda. They attempt to equate the West’s ability to dominate the narrative with Moscow’s, which would be like equating 98% of the world’s press with a scant 2%, which is still censored by law. Russian media has been kicked off the airwaves, off satellites, and banned from social media, in what is the most brutal censorship operation known in the contemporary world, and in the face of which the systemic left has maintained a resounding complicit silence for which it will pay in the immediate future.

Most seem unaware of what is at stake on Ukrainian soil. Nothing less than the advent of a new world order, which the defeat of NATO could accelerate. The fall of the American empire, the emergence of new political, economic and military alliances… in essence, a multipolar world where power is shared in a more collegial and democratic way. Where spaces of freedom can arise so that many countries, in a sovereign way, can freely organize themselves outside the dictates of capitalism and its military impositions. Where we can stop hearing that this or that system is the best possible, simply because others never cease to exist. The global tyranny of information, of capitalism, of the dollar, of cultural hegemony, in short, of Marcusian unidimensionalism, will be thrown into the trash can of history. We have already seen how the ill-fated international community was just a propagandistic trap that does not even represent 25% of the world’s population.

We were positively aware that this moment would come, but we also thought that we would not see it in person. In this crazy world, much of what we thought would be forever is destined to disappear in the near or intermediate future. Ukraine – and Russia – are suffering the birth pangs of this new world order, as desired by the United States and NATO, who like to wage their wars on other peoples’ soil.

Of course, if in the end the European left prefers the current unipolar world order established by the United States to the one that may come, forgetting perhaps the six million deaths caused by the empire after 9/11 or who triggered more than 80% of the world conflicts from 1945 to today, then they have a serious problem and need to have a hard look at it.

Or perhaps they changed sides long ago.

Juanlu González is an anti-capitalist and anti-imperialist peace activist who does part of his counter-information work as an analyst in different national and international press, radio and television media.