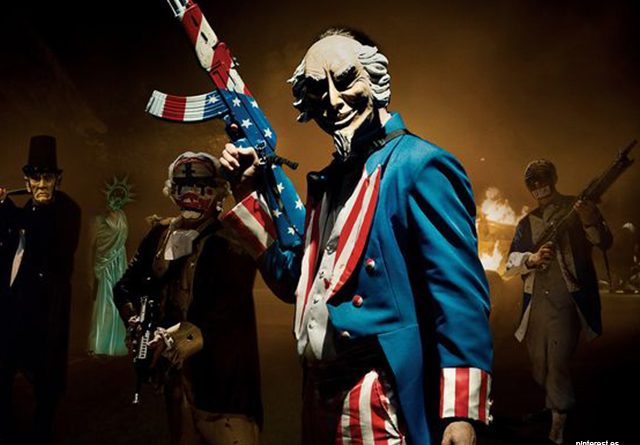 The US Government and its allies in the Organization of American States (OAS) activated the Inter-American Reciprocal Assistance Treaty ( TIAR ) that “facilitates more collective action” against Venezuela. “We hope to meet with regional partners to discuss the multilateral economic and political options that we can use for the threat to security of the region that (Nicolás) Maduro represents,” the statement released Tuesday by the US State Department reads.

Venezuelan Foreign Minister Jorge Arreaza responded in this regard : “With this statement, Washington not only attempts against the national dialogue table, but also assumes itself as the principal author of the threat of the use of military force against Venezuela, openly violating the UN Charter by invoking the TIAR”.

He also pointed out : “The US government once again demonstrates its warlike nature by underestimating the processes of political dialogue that take place in a sovereign manner in Venezuela. For the Trump administration, peace and understanding are bad news.

The trigger for this decision, according to Washington, was the dialogue initiated by President Maduro with a sector of the Venezuelan opposition, which the White House characterizes as a “small marginal group of politicians.”

Last Monday, the government and a sector of the moderate opposition signed an agreement in which, among other decisions, they pledged to incorporate the Chavista bench (Gran Polo Patriotico’s deputies) into the National Assembly (AN).

According to the US, that group signing the agreement with the government has “misrepresented” the “democratic opposition”, which for the White House is represented by Deputy Juan Guaidó, who proclaimed himself last January “president in charge” of Venezuela.

“The United States continues to support Juan Guaidó, the president of the National Assembly and the legitimate interim president of Venezuela. Any serious negotiation must be between the old regime and the interim president Guaidó,” said Washington in the statement, issued hours after issuing new sanctions against 16 companies and three individuals, allegedly linked to the Venezuelan government.

What does TIAR imply?
Among the measures contemplated in the treaty to sanction the country are the rupture of diplomatic relations, the partial or total interruption of economic relations and communications, and the use of military force.

Last week, twelve countries voted in favor of the convening of the Organ of Consultation of the Inter-American Treaty of Reciprocal Assistance (TIAR).

The next step, according to the founding document, is a meeting “without delay”, which was scheduled for the second half of September, of the Organ of Consultation with the purpose of examining the measures to be taken and “agreeing on the collective ones that should be adopted” to address the issue of the “crisis” in Venezuela, which is considered a “threat to the region” by governments that do not recognize Nicolás Maduro as the legitimate president of Venezuela.

Why does Venezuela not recognize the Treaty?
Venezuela has rejected the activation of this mechanism, since the country denounced the Treaty in 2013. Months ago, in a maneuver considered “void” by the Supreme Court of Justice of Venezuela (TSJ), Guiadó voted a motion in the Assembly to request the reincorporation of Caracas and to promote coercive measures within the OAS.

In addition, Venezuela made effective its exit from the OAS in April of this year. However, several governments of the so-called “Lima Group”, which do not admit Maduro as a legitimate president, have tried to ignore the decision of Caracas and move forward with the protocols within the inter-American agency, recognizing Guaidó as interlocutor.

What does Venezuela claim?
On Monday, Venezuelan Defense Minister Vladimir Padrino López said that the Bolivarian National Armed Forces (FANB) rejects the “spurious and irratic” application of the Treaty with which “it is intended to legalize a military intervention” against Venezuela.

Padrino read a statement stating that the convening of the Consultation Body of the aforementioned treaty, approved last week, is an “irrational provocation” whose “purpose is to overthrow the government” of Maduro.

The Venezuelan government has indicated that the group of countries behind the activation of the TIAR consultation body is “aligned with the interests of the United States”, and has reiterated its rejection of that treaty, as it is, in the opinion of Caracas, an “ominous imperial instrument of history” of the continent.

What other countries are against this?
Before the vote in the OAS, the representatives of Uruguay, Mexico, Bolivia and Barbados rejected the application of the TIAR in the Permanent Council.

Uruguay cataloged the call “devoid of legal validity” and criticized the use of the treaty to “address internal policy issues.” For Montevideo, the use of that pact “would open the way for the intervention of one State by another.”

Mexico, on the other hand, described the call to the treaty as a “setback” which it called “obsolete”, and added that there has been no “forceful explanation” about the reasons for considering its activation. Bolivia expressed disagreement and left the session, while Barbados said that “the worst thing that could happen” to the hemisphere “is a threat of intervention.”

Below the full communique from the Department of State:

The suspension of the Norway-sponsored talks between Venezuela’s interim government and the former Maduro regime reflects the refusal of the regime to negotiate in good faith. Once again, the regime sees negotiations as a delaying tactic and has subverted good-faith efforts to find a peaceful political solution.

The former Maduro regime has sabotaged the negotiations hosted by Norway, refusing to engage seriously on a return to democracy in Venezuela. It has now announced a plan designed to sabotage the National Assembly, the last democratic institution left in Venezuela. Maduro and his cronies lured a small fringe group of politicians to engage in “so called talks” and misrepresented them as speaking for the democratic opposition. The United States continues to support Juan Guaido, the President of the National Assembly and the legitimate Interim President of Venezuela. Any serious negotiations must be between the former regime and Interim President Guaido. As we have said repeatedly, U.S. sanctions will not be lifted until Maduro is gone.

While Oslo negotiations were ongoing, the former regime illegally revoked the parliamentary immunities of over two dozen democratically elected members of the National Assembly. The former regime has also continued to torture and murder opponents, including naval officer Acosta Arevalo.

The United States commends the interim government for engaging in a good-faith effort on behalf of the Venezuelan people and consistently showing up to the table with serious proposals despite the aggressive attacks against them. Their commitment to the people of Venezuela is clear. The United States continues to support interim President Juan Guaido, the National Assembly, and the Venezuelan people as they seek to restore democracy to their country.

To this end, the United States and our partners have invoked the TIAR/Rio Treaty, which facilitates further collective action to confront the threat posed by the former regime of Nicolas Maduro to the Venezuelan people and to the region. We look forward to coming together with regional partners to discuss the multilateral economic and political options we can employ to the threat to the security of the region that Maduro represents.