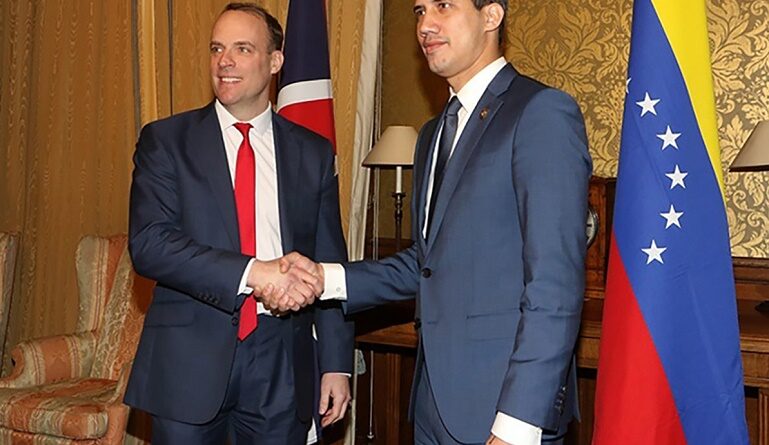 The United Kingdom Foreign Relations Office revealed the list of Venezuelan media and opposition groups to which it provided funding, as part of the strategy of “support” for the regime change plan in Venezuela promoted by the United States in alliance with Europe.

“The FCO (Foreign and Commonwealth Office) has financed several NGOs between January 2016 and September 2018, as part of the United Kingdom’s support to strengthen civil society, human rights and democracy,” reads a memo issued by this office on February 20, 2019, addressed to Nina Cross, to whom they apologize for having omitted the media and opposition groups funded by the United Kingdom in a previous document.

This document revealed that the recipients of the financing, which according to the Daily Maverick website could exceed one million dollars in two years, was directed to the Center for Justice and Peace (Cepaz), the Fundación Efecto Cocuyo (news outlet), the National Investment Council (Conapri), the Radiophonic Institute, Fe y Alegría (Radio), National Union of Press Workers (SNTP), EXODO AC, Westminister Foundation for Democracy, PROVITA AC, Ibera-American Center for Training in International Law and Human Rights AC (Cifodidh) and Transparencia Venezuela.

All these groups and media with a marked anti-Chavista orientation, did not hesitate to show their support for the plan of “interim presidency” headed by Juan Guaidó, which had the support of the Government of the United Kingdom, that decided to recognize the self-proclaimed and deliver the Venezuelan gold deposited in the Bank of England.

This disclosure of financing to sectors of the Venezuelan opposition is in addition to those that have been declassified and in some cases reported by the United States, who in the voice of its “special envoy for Venezuela”, Elliott Abrams, has indicated the monetary “support” provided by the State Department and foundations such as “National Endowment for Democracy” to media and NGOs that oppose the Venezuelan Government and support the US led regime change operation against President Nicolas Maduro.

RELATED CONTENT: New Venezuelan Parliament: In One Month Those Responsible for Political Instability and Looting of Assets Should be Behind Bars

Below, the official UK document: