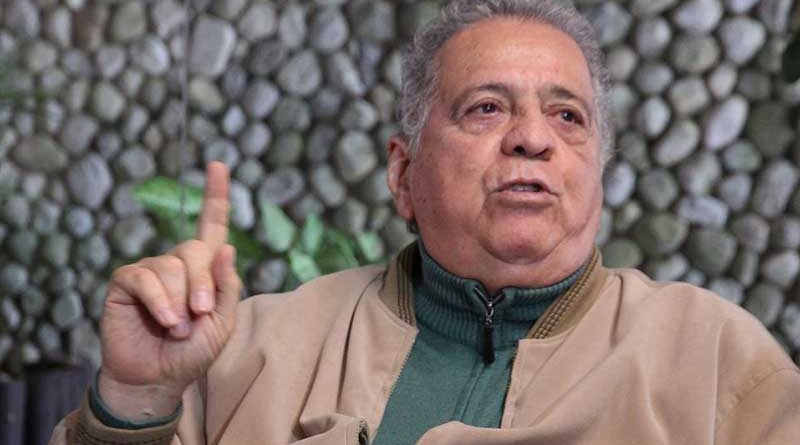 For Isaías Rodríguez , the Inter-American Treaty of Reciprocal Assistance ( TIAR ) is delegitimized by the way it has been used or not been used in the past. But, apart from the background that invalidates it, he warns that trying to apply it to Venezuela would be nonsense that goes against the Charter of the United Nations.

Rodriguez, former vice president of the Republic, former attorney general, constituent in 1999 and 2017 and former ambassador to Italy, was interviewed exclusively by “Supuesto Negado” about this issue.

Can TIAR be invoked to change the Government of a country that is not a member of either that treaty or the Organization of American States?
This Reciprocal Assistance treaty is not applicable to Venezuela. It was signed on September 2, 1947 and Venezuela formalized its withdrawal in 2013 and it was effective from 2015. In addition, Venezuela is not part of the OAS today . A “street session” of the domestic National Assembly is not enough to return Venezuela to the TIAR. Because it is an international agreement, the procedure is solemn. You need formalities. Among others the signature of the president that the United Nations recognizes (not only the 60 anti-Chavista deputies that voted in the middle of a square, but of all the more than 190 members of the National Assembly).

RELATED CONTENT: These are the Seven Decisions Taken by TIAR Against Venezuela

Rodriguez adds more arguments
The text of the TIAR formally condemns the war and commits the signatory countries to seek peaceful solutions to their mutual conflicts. The use of military force is the last step to take. The TIAR is currently an inactive treaty. The Bay of Pigs invasion (1961) and the US blockade of Cuba (1962) delegitimized it. Likewise, the US attitude delegitimized it during the Malvinas War, in 1982. In this conflict there was an extracontinental contender: United Kingdom. The majority of the TIAR voted in favor of Argentina (17 in favor and 4 abstentions) Washington described Argentina as an aggressor and preferred to support its ally of the North Atlantic Treaty Organization (NATO) than the TIAR partner (Argentina). Cuba and the Malvinas (Falkland) were not the only expressions of non-existence of the TIAR. In 1975 most of the TIAR countries requested the end of the blockade to Cuba and the United States. did not yield. Moreover, when the United States in 2001 requested the fulfillment of the TIAR, after the attack on the Twin Towers, Mexico considered the petition useless and abandoned the treaty. In 2012, Cuba, Bolivia and Ecuador also abandoned it and recently Uruguay has left it.

Can Russian military cooperation in Venezuela be a reason for governments affected by the United States to be threatened?
No. The threat of American military cooperation is worse. Plan Condor, coordinated by the US from the Central Intelligence Agency (CIA) in the 70s and 80s, was military cooperation with Brazil, Chile, Argentina, Bolivia, Uruguay and Paraguay. It trained these countries in order to persecute and assassinate political opponents of six fierce South American dictatorships. The objective of the plan was to install new neoliberal policies and put an end to their political enemies. The areas of Russian cooperation with Venezuela are not only military: they are agricultural, scientific, public health, education, environmental, social, economic and defense. Currently, international cooperation responds to the development and complexity of international relations. Military aid combines with development support, trade promotions and economic and political interests.

Does Donald Trump’s internal situation increase or reduce the possibility of a military invasion of Venezuela?
At a minimum, it defers it and subjects it to new political, strategic and diplomatic conditions. The armor of the Republican majority in the Senate for Trump no longer seems safe. The debate about his ability and honesty to hold the position is raised again. Trump’s comments during a conversation with his Ukrainian colleague have led to an investigation. It is thought that he would have pressured the investigation of a son of presidential candidate Joe Biden and the White House froze a $ 400 million grant to the Kiev government. Trump’s stubbornness in despising international institutions and leaders detracts from him as president. Even if it turns unsuccessful, this investigation will influence all his actions