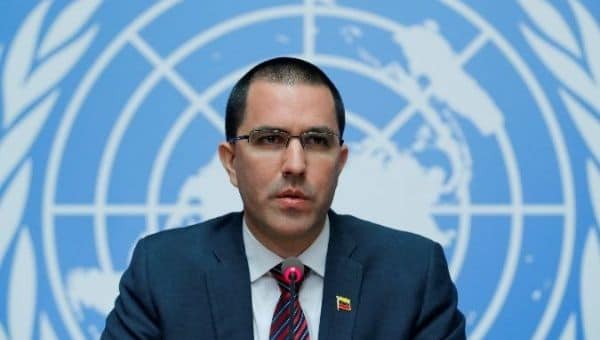 The Foreign Affairs Minister of the Bolivarian Republic of Venezuela, Jorge Arreaza, described the so called Contact Group as useless, after noting that the Minister of Foreign Affairs of Uruguay, Ernesto Talvi, on its behalf, intends to continue with the interventionist policy and repeat Washington’s script against Venezuela, meddling in its internal affairs.

In this sense, the Minister of Popular Power for Foreign Relations expressed through his twitter account that “the uselessness of this supposed contact group is confirmed. A bridge-building mechanism should not repeat Washington’s narrative script, interfere in internal affairs, much less qualify the actors it seeks to bring together based on ideological biases.”

The Chancellor responded to Ernesto Taví’s comments, who earlier wrote on his twitter account that “the National Assembly of Venezuela, the last democratically elected body, appreciates our efforts and those of the International Contact Group to increase pressure on the regime looking for an exit that ensures transparent, fair elections and with all the guarantees ”.

It was learned that the comments were tweeted by Talvi, after a meeting with the deputy of the National Assembly(AN) in contempt, Armando Armas, who identifies himself as president of the Permanent Commission for Foreign Policy, Sovereignty and Integration of the AN.

In recent days Talvi was questioned by his own government for not being hard enough with Venezuela. Some analyst consider that with this tweet and meetings with extreme right anti-chavistas he is trying to repair its relation with far right Uruguayan President Luis Lacalle Pou.