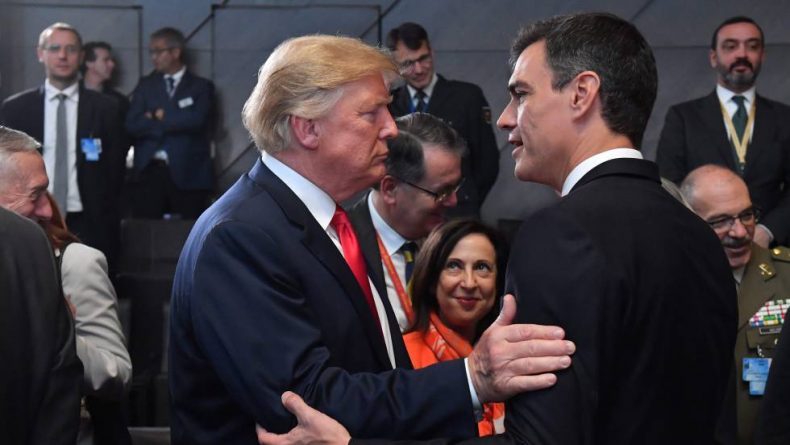 The US advanced to the Spanish Government that Guaidó was preparing to proclaim himself interim president and that Washington was going to recognize him.

The US Administration warned the Spanish government before the president of the Venezuelan Assembly in content, Juan Guaidó, proclaimed himself interim president and then pressed Spain and the EU to recognize him and break any channel of dialogue with Nicolás Maduro. “We have a lot of pressure, I’m not going to tell you who, but you can imagine it, so that we can vote against the creation of this group,” Foreign Minister Josep Borrell admitted in Congress. He referred to the EU group working on encouraging dialogue in Venezuela.

Last January 22nd, the Secretary of State for Cooperation and for Ibero-America, Juan Pablo de Laiglesia, was visiting Washington, where he met with the Undersecretary of State for the Western Hemisphere, Kimberly Breier, and with officials of the National Security Council . The situation in Venezuela, where Nicolás Maduro had begun his second presidential term on January 10, was on the table. The interlocutors of the Spanish diplomat announced to him that “important events” were coming in Venezuela, but they avoided the details.

The concretion arrived in the early afternoon of day 23, through a call from the US Embassy in Madrid: “It is likely that Guaidó will be proclaimed president today and we will recognize him”. In an article published that same day in The Wall Street Journal, Vice President Mike Pence gave his support to Guaidó, with whom he had met the previous week.

The prediction was fulfilled a few hours later. Before a demonstration of thousands of people that filled Caracas, Guaidó was sworn in as president in charge of Venezuela. Less than 15 minutes later, Donald Trump recognized him officially. Next came the Latin American countries of the so-called Lima group, the most active so far in their rejection of Maduro, with the exception of Mexico.

The news caught Borrell meeting in Madrid with his Portuguese counterpart, Augusto Santos Silva. The two ministers had discussed the implementation of the so-called international contact group that the EU agreed to create in October and had not just started. The idea was for several European and Latin American countries to act as facilitators, rather than mediators, to restore the channels of dialogue cut between the Maduro government and the opposition.

The heads of diplomacy of the two EU countries with the highest interests in Venezuela (almost half of the one million Europeans residing there are Spanish or Portuguese) reacted with caution. “We’re not going to do anyone’s follow-up,” Borrell said. “For us, it is not enough for the United States to recognize [Guaidó],” Santos added. Both appealed to the need to safeguard the unity of the EU.

Borrell abruptly left a conference at Casa de América to attend a call from the US Embassy in Madrid (the ambassador, Duke Buchan III, wanted to see him) and talk to the Prime Minister, Pedro Sánchez, at the Forum in Davos (Switzerland).

The analysis of the Palace of Santa Cruz (seat of the Foreign Office) was initially different from the one from the Moncloa, admit governmental sources. Sanchez did not want to be left out of a wave to which the majority of Ibero-American governments had gone and that PP and Ciudadanos used to erode him. The declarations of the French president, Emmanuel Macron, in favor of the Venezuelan opposition contrasted with the silence of Sánchez.

The Foreign Office, on its side, was suspicious of the unpredictable consequences of taking an unprecedented step. It was not only about legal doubts on Guaidó’s self-proclamation, but about the rupture of the traditional Estrada doctrine, according to which what is diplomatically recognized is the State, not the government of the day. For the first time, it was going to recognize a president who does not control the state apparatus and break with who holds the de facto power.