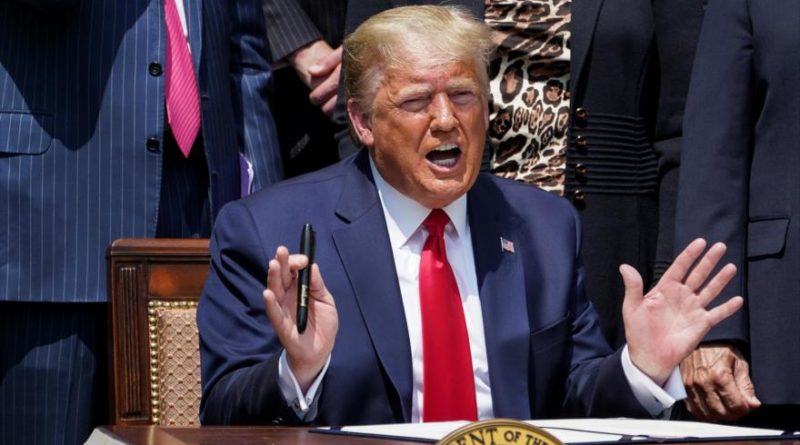 Trump announced sanctions against International Criminal Court (ICC) officials for opening an investigation into US war crimes in Afghanistan.

“The President (Donald Trump) has authorized economic sanctions against officials of the International Criminal Court directly involved with any initiative to investigate or accuse US officials without the consent of the United States,” the White House said in a statement released Thursday.

The communiqué thus denounced the ICC’s investigations into the war crimes that the North American country has committed in Afghanistan.

White House press secretary Kayleigh McEnany has asserted in this regard that the ICC investigation, based in the Dutch city of The Hague, “is being driven by an organization of dubious integrity,” accusing Russia of being involved.

Due to sanctions authorized by Trump, the assets of ICC officials in the United States will be blocked, their entry will be denied, and neither employees nor their families will be able to obtain a visa from the North American country.

McEnany has also said that the actions of the International Criminal Court are an “attack on the rights of the American people” and “threaten to violate the national sovereignty” of the United States.

The ICC decided to start investigations after a preliminary examination by prosecutors in 2017 found reasonable reason to believe that US soldiers committed war crimes in Afghanistan and that the ICC has jurisdiction.

The object of the investigations is the crimes committed in the framework of the armed conflict in Afghanistan since May 1, 2003, when this Asian country became a member State of the Rome Statute. The United States, which is not part of the ICC, has carried out a total campaign against this entity, claiming that it is conducting politically motivated prosecutions against its citizens.

The military intervention in Afghanistan in 2001 by the US-led North Atlantic Treaty Organization (NATO) was supposedly aimed at overthrowing the Taliban armed group, “fighting” against extremists and intensifying the anti-drug fight, But it has only aggravated the situation in the Asian country, which, after two decades of this military occupation, is more insecure than ever.

On Thursday in a communique, the government of Venezuela rejected the executive order signed by the president of the United States, Donald Trump, against the International Criminal Court (ICC) and called on the international community and all signatories of the Rome Statute to repudiate these “gangster” actions.

Venezuela filed a legal process against the United States for crimes against humanity due to their systematic use of unilateral coercive measures also known as US sanctions that according to experts have caused the deaths of at least 40 thousand Venezuelans and the continuous suffering of millions in Venezuela.

Below the whole official translation of the communique:

Venezuela rejects the illegal US Executive Order against the International Crime Court
The Bolivarian Republic of Venezuela categorically rejects the illegal Executive Order adopted on June 11, 2020 by the Government of the United States of America against the staff of the International Criminal Court, including its Prosecutor and any person providing financial, material or technological assistance for the proper functioning of such an important multilateral body.

With this decision, Donald Trump opens the door to the implementation of unilateral, arbitrary and punitive coercive measures against the International Criminal Court, demonstrating once again its complete disregard for the principles of international law, international humanitarian law and human rights.

The recent decisions of the government of the United States against international organizations show their contempt for the multilateral system and the intention to replace it with the dangerous unilateralist and peculiar vision, with which they intend to dominate humanity, outside the law.

In this sense, the Venezuelan government denounces the alleged “sanctions” of the United States against the International Criminal Court which constitute an unacceptable act of international pressure and bullying, which threatens its autonomy and independence. It is clear that the world is facing a pre-emptive flight forward by Donald Trump, with the aim of influencing the investigations currently under way at that tribunal, in the face of the accumulation of available evidence confirming the responsibility of his agents for war crimes and crimes against humanity throughout the world, including in the Bolivarian Republic of Venezuela.

The Bolivarian Republic of Venezuela calls upon the States Party to the Rome Statute, as well as the rest of the international community, to repudiate these gangster actions that threaten peace, security and the well-being of humanity, in order to ensure that international justice is respected and implemented in a lasting manner.