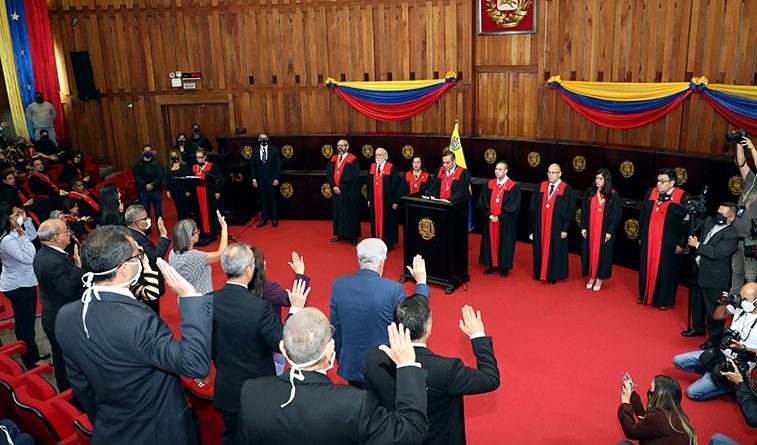 This Friday Venezuelan Supreme Court of Justice (TSJ), appointed and swore in the directors and alternates who will form the new National Electoral Council (CNE). Indira Alfonzo was elected as the president of the highest electoral body, Rafael Simón Jiménez as vice president, and Tania D’Amelio, Gladys Gutiérrez and José Luis Gutiérrez as principal rectors.

The swearing-in ceremony was held in the Main Auditorium of the TSJ this Friday, June 12 at night.

The appointed directors are:

As alternate directors of the National Electoral Council were designated:

The subordinate bodies of the CNE are made up as follows: