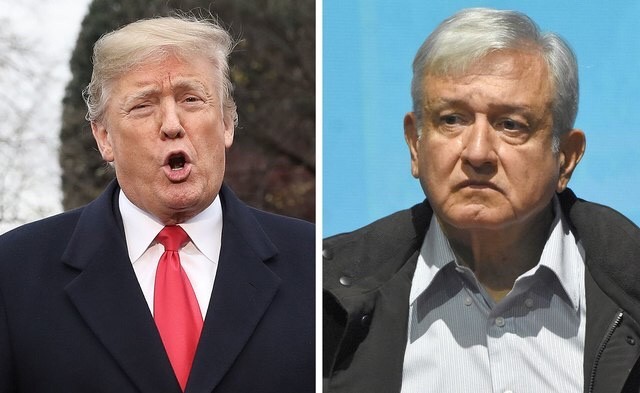 The thousands of Central American families camped out in Tijuana are not planning an invasion but participating in a peaceful protest. Instead of combatting the United States, these migrants have decided to risk life and limb to travel north with a message of regional reconciliation. Instead of resenting and repudiating Washington, the migrants are demonstrating their faith in the American Dream.

We should remember that during the 1970s and 1980s, the poor and downtrodden of Central America made a different decision. Many of the parents and grandfathers of today’s migrants took up arms against the United States backed dictatorships, in Honduras, Nicaragua, Guatemala and El Salvador, who were seen as being responsible for destroying their local economies and democracies.

Today, Central Americans are protesting with their feet instead of their rifles. They want to work instead of fight.

To respond to asylum requests with tear gas and military force is to send a loud and clear message throughout Latin America that the American Dream has come to an end and that the United States is in the process of becoming the new “Evil Empire,” the phrase that Ronald Reagan used to refer to the Soviet Union in 1983. This could have serious long-term consequences both for the United States economy, which is highly dependent on Latin American markets, and for the international standing of Washington.

The reason why so many migrants have met up in Tijuana is out of basic concerns for personal safety. Instead of braving the dangerous journey from Central America to the United States alone, they are traveling in groups. And instead of risking their lives in the deserts of Arizona or New Mexico, they prefer urban crossing points with access to basic services.

But the enormous concentration in Tijuana is also a direct result of President Trump’s new immigration policies, which require migrants to make their asylum requests at official “ports of entry.” Despite the recent court decision temporarily suspending Trump’s efforts to deny the possibility of asylum requests to migrants who cross between ports of entry, most of the migrants prefer to maximize their chances by dutifully following the President’s new guidelines and lining up at the San Ysidro crossing.

But patience has its limits, and the endless wait imposed by the new “metering system,” which caps asylum requests to three thousand a day, and the seemingly infinite case load at immigration courts, has created an unsustainable situation south of the Rio Grande.

Thousands of families have nowhere to go but north. They cannot return to their violence-torn and poverty-stricken neighborhoods, nor do they have the means to sustain themselves in Mexico during the up to year-long wait imposed by United States immigration courts.

The Trump administration is apparently placing its hope in the incoming Mexican administration. It is confident that it will be able to force the new President, who takes office this Saturday, Dec. 1, Andrés Manuel López Obrador, to deepen and broaden the subordination of Mexico City to the instructions of Washington.

Under Enrique Peña Nieto, for instance, Mexican immigration officials actively worked as an extension of the United States border patrol, deporting many more Central Americans than the United States.

The new approach involves Mexico becoming a “safe third country.” Such an agreement would make Mexico responsible for taking care of asylum seekers while they wait for United States immigration courts to resolve their cases.

This would satisfy Trump, since it would allow him to end what he calls the “catch and release” strategy of Barack Obama, which allows migrants to remain in the United States while awaiting trial.

Trump argues that this allows migrants a backdoor to remain illegally into the United States, although in fact only a small percentage of asylum requesters actually skip their hearings.

Unfortunately for Trump, it appears that the López Obrador administration will only consider serving as a “safe third country” if Washington is willing to offer massive compensation. The Mexican government does not have enough budgetary resources to maintain refugee camps for prolonged periods of time, nor does its economy have enough capacity to absorb the Central American migrants into its labor force.

In addition, the advanced human rights protections included in Mexico´s constitution and immigration laws would not allow the country to take the draconian route of militarizing its own southern border or setting up massive immigration prisons or “detention centers” for the influx of United States-bound asylum seekers which would be created by the new policy.

López Obrador will be no pushover. Peña Niet’s extremely low popularity with his people made him highly dependent on Washington for legitimacy and support, and therefore willing to obey Trump’s every beck and call. But López Obrador’s impressive landslide victory in July, in which he carried 53% of the vote and simultaneously took control over both chambers of the Federal Congress, puts him in an excellent bargaining position.

The new Mexican president has been very clear about his position. He will only consider Trump’s request to resolve the “problem” of Central American migration if the U.S. President is willing to put up the resources necessary for a major development program, a contemporary “Marshall Plan,” for southern Mexico and Central America which can resolve the roots of migration itself.

If Trump were actually as good a strategist as he makes himself out to be, he would open his eyes to the new context and cut a deal which would be greatly beneficial for the United States, Mexico and Central America.

But if Trump stubbornly insists that Mexico continue to do the dirty work of the U.S. border patrol, he may very well detonate U.S.-Mexico relations by creating an enormous refugee crisis and serious political and economic problems for all of the parties involved.

Ackerman is a professor at the Institute for Legal Research of the National Autonomous University of Mexico (UNAM), editor-in-chief of The Mexican Law Review and a columnist at Proceso magazine and La Jornada newspaper.