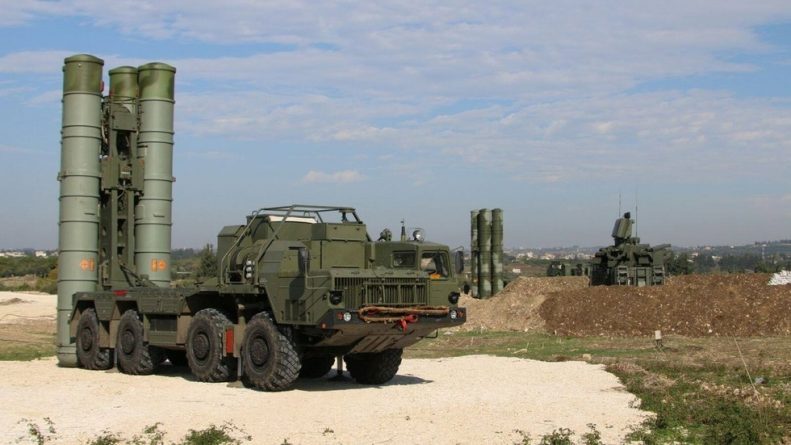 Turkey is poised for potential sanctions from the US over its purchase of the Russian S-400 air defense system, its defense minister has said, amid reports Washington has given a June deadline for Ankara to drop the deal.

Speaking to media late on Tuesday, Turkey’s Defense Minister Hulusi Akar said there had been an improvement in negotiations with Washington over Turkey’s purchase of the S-400 and US F-35 fighter jets. “In our talks with the US, we see a general easing and rapprochement on issues including the east of the Euphrates, F-35s and Patriots,” Akar said. He added that Ankara would continue the discussions “earnestly” as part of efforts to come to a compromise. However, Turkey was also “making preparations” for US penalties via the Countering America’s Adversaries Through Sanctions Act (CAATSA).

Akar also noted headway on Washington’s offer to sell Raytheon’s Patriot air defense system, a rival system to the S-400, to Turkey. “Regarding the Patriots, they [the US] have renewed some conditions in terms of price, technology transfer, upgrade, joint production,” the minister said. The offer is now being evaluated by Turkish officials.

The defense minister’s comments follow reports in US media on Tuesday, that Washington has given Turkey until the end of the first week of June to pull out of the S-400 deal, before first deliveries are made by Russia. Speaking to CNBC, a US State Department official warned Turkey risked facing “very real and negative consequences” if it accepted the S-400.

Turkey has repeatedly said the S-400 contract is a “done deal” and Turkish military personnel have already started training with the system in Russia. “There is no clause anywhere in the F-35 agreement saying one will be excluded from the partnership for buying S-400s,” Akar said.

“Turkey has paid $1.2 billion. We also produced the parts ordered from us on time. What more can we do as a partner?”

In addition to the issue of NATO interoperability, the US fears that Turkey’s purchase of the S-400 would compromise the security of the F-35, as Turkey is an industrial partner in the program. As a result, it has threatened to kick Turkey out of participation in the F-35 program and cancel its order for 100 jets, four of which have already been delivered.