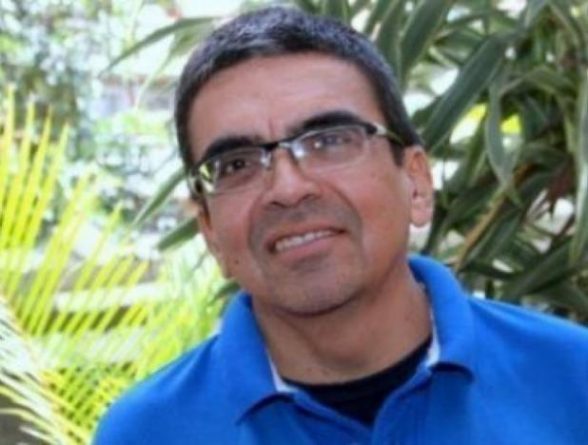 Without pretending to discover anything new, only with that spirit of making balance sheets that always embrace us at the end of the year and in cycle closures, let’s say today (election day, to be exact) that the great fight that everyone talks about, the one we are resisting stoically, comes from two straps: the external enemies that are determined to bend us by hunger and disease; and the internal enemies, whom we can gather under the banner of endogenous moral corruption.

To support this approach I will use the revelations recently made by the director of the “Hospital Clínico Universitario de Caracas”, Fernando Alvarado, a cardiovascular surgeon who showed, at an open heart, how these two factors affect us simultaneously and fearfully.

It seems to me that the specific reality of that hospital can be extrapolated, without risk of deformations, to the country in general.

On the effects of the criminal financial blockade exercised against Venezuela, Alvarado (in interview for LaIguana.TV) was blunt: the country wants to buy essential equipment, supplies and medicines to treat patients of the most diverse pathologies, and can not do so, even having the money available.

He told how hard it is to see patients and their families cry out for surgery or treatment that can not be done because there is a lack of equipment, material or drugs, not because the country lacks the economic resources or the political will to invest in the health of the population, but because certain rulers of other nations resolved that Venezuela, while it has its current government, can not buy them.

People who have some public figuration (in my case, due to the exercise of journalism), we can get an idea of ​​those pressures experienced by doctors in health centers, because some relatives also come to us, in the belief that we have contacts able to get the necessary supplies or medicines. But most of the time not even the best contacts have the possibility of getting something that is simply exhausted.

This dramatic situation is the true face of the illegal and immoral reprisals applied by the United States and the European Union, the so-called sanctions, which result in death and worsening of diseases, only to speak of the field of health. That is the reality that has accelerated certain local political characters who go around the world demanding more “sanctions”, that is, more suffering for the sick and their relatives, although they and their loved ones are safe in case of illness.

Following the case of the University Clinical Hospital, the director revealed several details that speak of an internal situation in which a permanent spirit of looting predominates. He explained that not so soon a bulb or the spare part of a toilet has been placed when they have already been stolen. Larger goods such as air conditioning compressors and medical equipment also “get lost” quickly. Many of those who have been caught in that behavior are part of the hospital staff.

This situation is the unequivocal reflection of endogenous moral corruption. And although this word (endogenous) has a clearly revolutionary imprint, it is not only corrupt Chavistas, but people from different political sectors (or none) who have fallen into the “save yourself if you can” mode and, therefore, are able to steal the pots of a Gastroenterology service, forcing it to close for more than obvious reasons.

Those employees (of all levels, civilian or military, with or without a university degree) who deprive their own hospital for personal gain are the internal equivalent of the blockade, of reprisals and the “sanctions” of the US and Europe. They are the other belt that keeps lashing us in this fight that has us -to say it in medical slang- in intensive therapy.