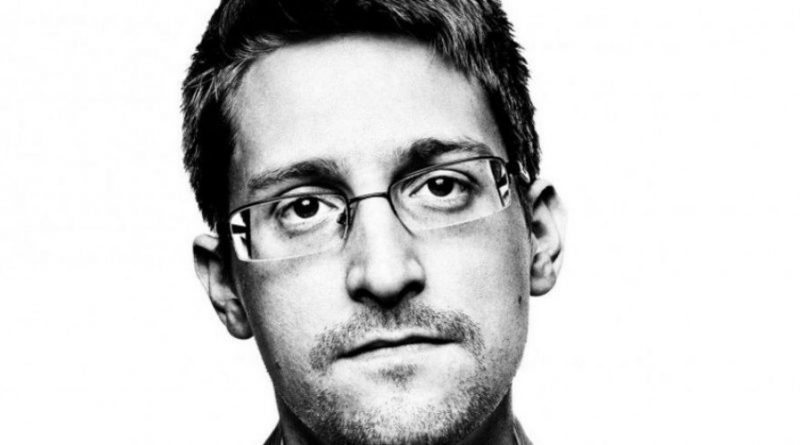 The comment followed a new Justice Department filing that claims a whistleblower engaged in “thievery, not protected speech” when allegedly leaking classified information on the U.S. drone operations

Exiled National Security Agency whistleblower Edward Snowden declared on Twitter Wednesday it is “unbelievable that in a moment where politicians are making daily media statements about ‘supporting whistleblowers,’ the media is not pressing them on the case of Daniel Hale.”

Hale, a 31-year-old former government intelligence analyst, “is being prosecuted RIGHT NOW for blowing the whistle on enormously controversial drone programs,” Snowden wrote. In May, Hale was charged under the Espionage Act for leaking classified information to a journalist widely believed to be The Intercept‘s Jeremy Scahill.

Snowden’s comments came as U.S. politicians are speaking out about the importance of protecting the anonymity of the intelligence community whistleblower whose complaint about President Donald Trump’s July phone call with the Ukrainian president prompted House Democrats’ official impeachment inquiry into Trump.

🚨🚨🚨”Former intelligence analyst Daniel Hale has no First Amendment grounds to challenge his Espionage Act prosecutions,” the Justice Department said, & it is “dubious” to suggest there should be “any legal distinction” between whistleblowers and spies. https://t.co/1K65oK0uHb

Snowden, on Twitter, linked to The Washington Post‘s report from Tuesday night on a new federal court filing in which the U.S. Department of Justice argued that Hale engaged in “thievery, not protected speech,” and thus cannot challenge the Espionage Act charges on First Amendment grounds.

Defense attorneys for Hale “argued last month that the law was designed to deal with spies, not leakers, and that the prosecution runs afoul of the First Amendment by chilling newsgathering and implicating the reporter who received the information,” the Post noted. That argument could resurface if WikiLeaks publisher Julian Assange—who also faces espionage charges in the U.S. District Court for the Eastern District of Virginia—is ever extradited to the United States.

Assistant U.S. Attorney Alexander Berrang argued in the DOJ filing that by signing nondisclosure agreements, “Hale expressly waived in writing his right to disclose the national security information he obtained while in his government position.” Berrang added that whether federal lawmakers intended the Espionage Act—which dates back to World War I—to apply to leakers of classified information “may be interesting thought exercises but are irrelevant to the case at hand.”

In their own filing Monday, Hale’s attorneys argue that he should be able to challenge whether the documents in question were truly national defense information and properly classified. He may argue at trial that he “intentionally selected any documents he obtained to include only those that he believed were relevant to public discourse and not potentially damaging to national security,” and that “his intentions were purely to inform the public of information relevant to public discourse—and not to profit … or to harm the United States.”

They reference recent news that the White House has been moving reports on President Trump’s phone calls with foreign leaders to a highly classified computer system.

“The government could classify information, improperly, solely to protect the Executive Branch from embarrassment, and criminalize any attempt by the press to write about the substance of its obviously improper classification determination,” they wrote.

Trump’s treatment of the Ukraine whistleblower, which Snowden condemned earlier this week, has provoked a national discussion about the federal government’s use of the Espionage Act and the importance of whistleblower protections.

Snowden, who also has been charged under the Espionage Act but currently lives in Russia with asylum status, is board president of the Freedom of the Press Foundation. Trevor Timm, the group’s co-founder and executive director, addressed the controversial law and the value of whistleblowers—both those who go through “proper” channels and those who leak information to reporters—in a Medium post last week.

“Thanks to massive public pressure, the whistleblower will likely be heard by Congress,” Timm wrote of the person behind the complaint about Trump’s phone call. “And when that person does go before the intelligence committee, the lawmakers assembled should commend not only the initial whistleblower’s bravery, but also those who had the guts to do the right thing and go to the press when the official process was being stifled.”

Katrina Vanden Heuvel, editorial director and publisher of The Nation, pointed out Tuesday in her weekly column for the Post, “Yes, many are portraying the anonymous intelligence official who blew the whistle on Trump as a hero, but all too often Americans who reveal truths about government misdeeds are treated as traitors.”

One example vanden Heuvel highlighted was the federal government’s latest attack of Snowden. “Even as the latest whistleblower scandal was breaking,” she noted, “the Justice Department filed a lawsuit against Snowden over the release of his new memoir, Permanent Record—an absurd act of spite considering that the book contains no details about surveillance that have not been previously reported.”

As Common Dreams reported after the DOJ filed the suit last month, Snowden responded in part by tweeting out a link to his book’s page on Amazon and the words, “This is the book the government does not want you to read.”