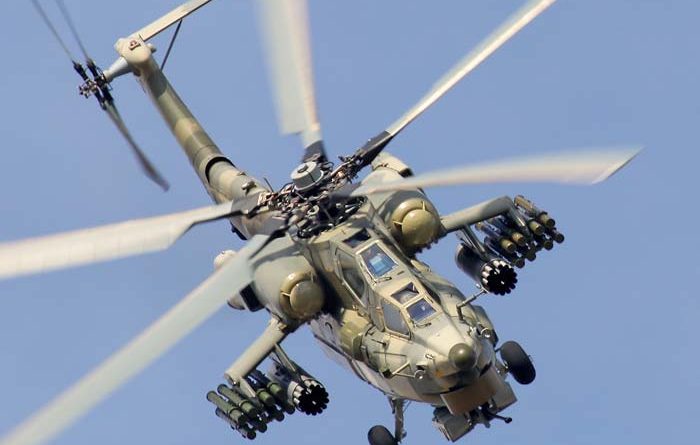 The interview comes as Russia is celebrating Air Force Day on August 12.

“The Mi-28NM combat helicopter features the all-weather capability and the possibility of firing two missiles against two different targets at a time. Moreover, it allows using missile armament based on the ‘fire-and-forget’ principle and features the enhanced capability of promptly searching for ground and air targets,” the Air Force commander said.

The new combat helicopter will start arriving for the Russian troops already this year, he added.

Russian Deputy Defense Minister Alexei Krivoruchko said at the Army-2019 defense show that the Defense Ministry had signed a contract with Russian Helicopters Group on the delivery of 98 Mi-28NM attack helicopters to the troops.

The Mi-28NM is a modernized version of the Mi-28N ‘Night Hunter’ helicopter. The work on the helicopter’s new modification started in 2009. The Mi-28NM will get a principally new panoramic view locator, a new control system with artificial intelligence elements and other equipment and will be capable of using precision weapons. The helicopter is designated to strike the armor, carry out reconnaissance and provide target acquisition.