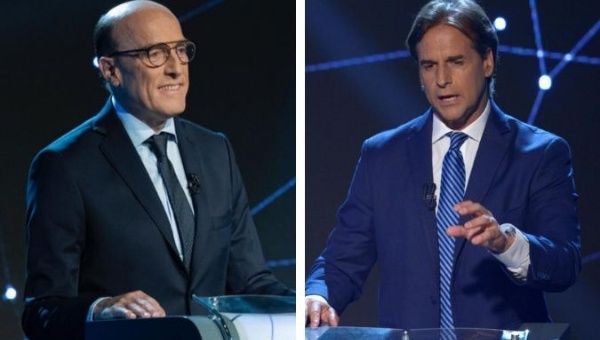 Uruguay has been governed by the Broad Front for 15 years; the party is part of the continent’s progressive governments.

Uruguay’s general elections are to be held on Oct. 27 with more than 2.7 million people eligible to choose their next president, vice-president, all the members of the House of Representatives and Senators in a highly anticipated process in which the 15-year rule of the leftists Broad Front will face a divided right-wing opposition.

Along with the Bolivian and the Argentinian elections, the Uruguayan vote is key to the region as it may mark a turning point for its political future, meaning the continuing or not of one of the few progressive governments of South America. The voters will face two options: they can either back the current ruling party, the Broad Front leftist coalition, or vote against it and choose instead a party among the right-wing opposition parties.

In the case that no presidential candidate receives more than 50 percent, a runoff will take place on Nov. 24, leaving the opposition with a possibility to create a right-wing coalition to counter the Broad Front.

Martinez, the former mayor of the capital Montevideo, is heading the polls. His most serious contender, Lacalle Pou is polling second, followed by Talvi and Manini Rios for the fourth position.

RELATED CONTENT: Uruguay and the Threat Posed by Neoliberalism

The Four Main Candidates
The 62-year-old candidate for the Broad Front leftist coalition has extended roots in the Uruguayan left. Affiliated since 1973 to the Socialist Party, he has served as minister of industry, energy, and mining under current President Tabare Vazquez’s first term. He is considered to be business-friendly and has earned great affection among the left in the country.

Leading the capital’s government from 2015 until April of this year, Martinez’s success in giving Montevideo a positive fiscal balance for three successive years as well as job creation and public work promoted his candidacy within the coalition.

The leftist hopeful is proposing a national plan to enhance science, technology, and innovation, through increasing the government’s investments in this area. He also plans to develop technical education to train each year around 80,000 workers without a high school degree, giving them a corresponding certificate to meet professional demands and reduce the country’s skills gap; maintaining in this way the party’s focus on education and employment.

We will encourage greater private investment in housing, articulated with public investment. We will bet on a cooperative housing system with a focus on projects that favor integration and construction and management innovation.

His presidential ticket will be shared with Graciela Villar, a former union leader, and Montevideo city councilwoman.

The main opposition frontrunner is Lacalle Pou. Son of ex-President Luis Alberto Lacalle, he was elected to Congress in 1999 and has served in public office since then. At 46, the conservative candidate is the youngest in this election and is Martinez’s most threatening disputant. He has often opposed Broad Front’s social policies in areas like healthcare and marriage equality.

For these elections and after 15 years of the leftist coalition in power, he is seeking to attract disillusioned voters looking for an alternative, by denouncing the government’s handling of issues such as security concerns and the high cost of living.

Talvi who represents the Colorado Party is a 62-year-old Chicago-educated economist. The candidate who held positions at Uruguay’s Central Bank, Merrill Lynch, the Inter-American Development Bank, presents himself as a progressive and a liberal.

For some time, Talvi appeared to be a menace to Lacalle Pou’s opposition leadership with an increase in the polls in August, however, the trend reversed at the end of that same month when he started to attack the Frente Amplio’s militancy and make important mistakes for a candidate who presents himself as “a technician in politics.” He attacked, for instance, the most centrist proposals from the Broad Front; the very same ones he used as a candidate.

The far-right will be represented by Manini Rios, a general and former head of the army. Frequently compared to Brazil’s Jair Bolsonaro, he announced his candidacy in April under a far-right political party created in March. The candidate promises to fight crime and corruption, to enhance education and restore Uruguay’s security to “the military dictatorship’s historic levels” by granting prison guards more power and founding a maximum-security military prison.

Two Models at Stake on Sunday Elections
Sunday’s elections have some of the ingredients witnessed in recent neighboring countries with some voters willing to pursue the same political, social, and economic process, while others seek change. Yet Uruguay’s internal politics have been influenced by the events engulfing the region.

The economic and social disaster caused by President Mauricio Macri’s neoliberal policies in neighboring Argentina has troubled the right-wing parties that had praised his victory back in 2016.

The situation in Argentina had consequences on the Uruguayan campaign; warning many voters against the neoliberal policies promoted by the right. The same effect has occurred with the happenings in Brazil under far-right President Jair Bolsonaro’s government.

For the small South American nation, which has been governed by the progressive Broad Front since 2005, it comes down to voters to compare and contrast the current situation of their country.

The party has focused its campaign on these last 15 years achievements that saw significant growth in the economy, a reduction of unemployment rates and the levels of poverty and extreme poverty brought to their lowest in the country’s modern history.

Uruguay has proven to be a successful model to alleviate inequality. During the last debate, Martinez highlighted the reduction of poverty to 8.1 percent from 40 percent since 2004; as well as the increase of the educational budget to “more than US$2 billion.”

The government also consolidated a series of labor rights as well as social rights including same-sex marriage, the legalization of abortion under certain circumstances and the expansion of transgender people’s rights.

This is how #Uruguay reduced poverty and raised incomes to one of the highest levels in the region over the last decade. https://t.co/li2lz7wfBV #IMFCountryFocus pic.twitter.com/ktN709hGoW

As for its diplomatic policies, the country is commonly known as the “Switzerland of Latin America.” Yet, it has maintained a critical stance of right-wing governments’ attempts against regional unity such as the attack to UNASUR or the activation of the Inter-American Treaty of Reciprocal Assistance (TIAR) after an interventionist decision was taken against Venezuela by the Lima Group.

The Uruguayan positions have been to respect the sovereignty and to push to regional solutions without the tutelage of the U.S., a model that will also be at stake on Sunday’s polls.

However, and despite these successes, the leftist coalition who saw a drop in the voters’ intentions compared to previous elections, is facing discontent inside and outside its ranks. ​​​​​​​Several voters blame the party for not having sufficiently modified the economic policies which are still based on private and foreign capital investment, thus pursuing the same economic methods implemented by traditional governments.

Yet many expect that the progressive force’s accomplishments in more than a decade will be enough to lure voters to trust in its new program for the 2020 – 2025 period.