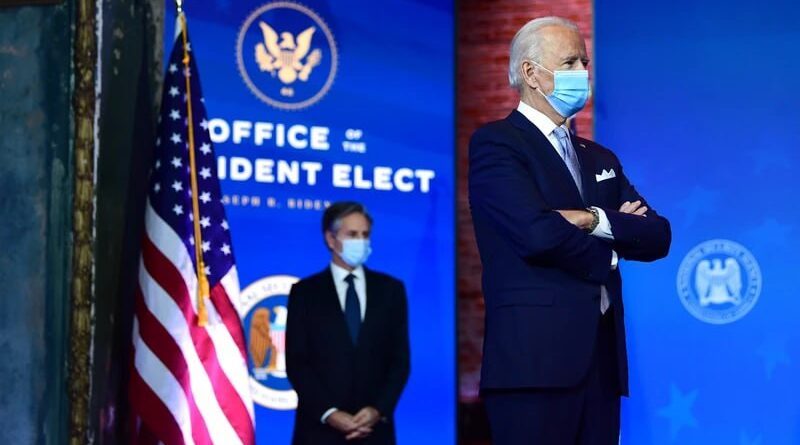 News Politics
May 5, 2021 orinocotribune Anthony Blinken, Cuba, Haití, Interventionism, Nicaragua, US Hypocrisy, US Imperialism, US Secretary of State, Venezuela
WASHINGTON (Sputnik) –  US Secretary of State Antony Blinken declared that the United States and its allies plan to continue the pressure campaign against the Venezuelan government so as to bring democracy to the country.
Blinken affirmed at the 51st annual Washington Conference on the Americas that: “We will continue to work with our partners across the region both to alleviate the suffering of the Venezuelan people and to exert pressure on the regime so the country can peacefully return to democracy.”
Blinken also alleged that the government of Venezuelan President Nicolás Maduro had mismanaged the health crisis in the country.
RELATED CONTENT: World’s Most Tyrannical Regime Can’t Stop Babbling About “Human Rights”
In addition, the Secretary of State remarked that Washington would also continue to defend the human rights of the Cuban people, including the right to freedom of expression and assembly, and would condemn the repression in that nation.
Blinken also asked its US partners in the region to urge both the Haitian government to organize free and fair elections, by the end of this year, and the Nicaraguan Executive to reform its electoral system.
Maduro has repeatedly denied the accusations coming from the US and has accused Washington of trying to overthrow the Venezuelan government so as to seize the country’s natural resources.

According to a 2019 study co-authored by renowned economist Jeffrey Sachs, tens of thousands of Venezuelans have died as a result of U.S. sanctions on Venezuela.