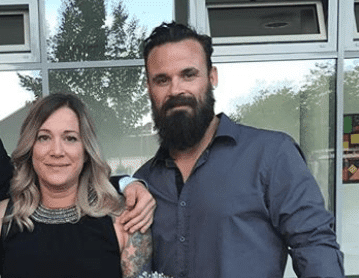 However, the team from the investigative website La Tabla found the place of residence of this former member of the United States Army Special Forces, who confessed his participation in Operation Gideon and who was hired by the opposition deputy Juan Guaidó to take President Nicolás Maduro hostage and hand him over to the United States government.

Berry does not live in the US, he has his place of residence in the city of Shweinfurt, Germany, since 1996. The question is, how can he not remember it? On the other hand, he has a residence permit in that country until 2024. His two children and his wife Melanie Berry, are there.

After the Venezuelan government released the video of the testimony of this ex-green beret, his wife Melanie sent a statement to the CNN news network in which she affirms that her husband deserves to be repatriated to the United States.

“My husband is a decorated Special Forces soldier who has risked his life to serve his country. Airan is faithful and loves his country, after so many years risking his life for the United States, the government of this country must use all available resources to repatriate him,” she said in the letter, as reported by CNN.

She also added that both she and her children are relieved that he appeared “relatively unscathed. Now our main concern is that he continues to be treated humanely while in Venezuela. We, of course, continue to pray every night for his safe return home.”

Sergeant Airam Berry served in the United States Army as a Special Forces engineer sergeant from June 1996 to October 2013. He was deployed three times to Iraq from March to June 2003, from November 2004 to June 2005 and from February to March 2007.