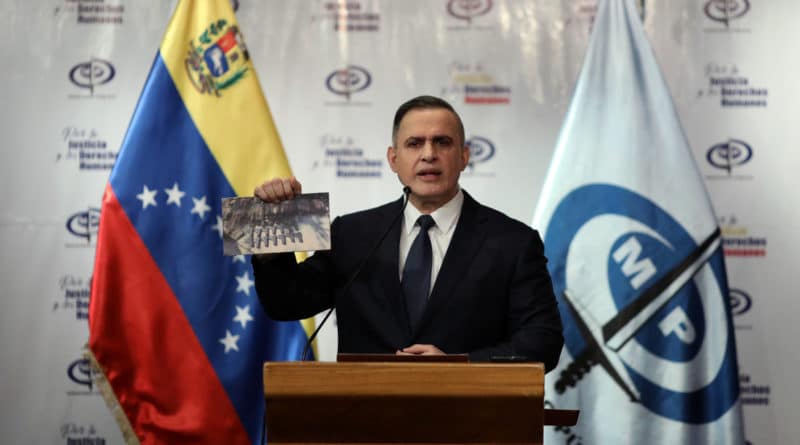 The Public Ministry (MP) issued arrest warrants against Juan José Rendón and Sergio Vergara, as well as against the US citizen Jordan Goudreau for their involvement in the design, financing and execution of the terrorist plans and attempted coup d’état against President Nicolas Maduro.

“Given that they are outside the country, we will request their inclusion with a red alert in the Interpol system, as well as their extradition to Venezuelan territory,” the Attorney General of the Republic, Tarek William Saab, reported this Friday in a press conference from the headquarters of the Public Ministry, in Caracas. He also reported that 31 people have been charged so far.

He specified that these citizens, have expressed publicly on TV broadcasted testimonies that their plan was to kill Venezuelans and their crimes cannot go unpunished.

US citizens Luke Denman & Airan Berry are among them pic.twitter.com/1o3cGstd6a

He explained that, in the hearing that will be held this Friday, they will request arrest warrants for 22 citizens “for their involvement in the design, financing and execution of this act of war against the territory and the Venezuelan authorities.”

Later on Friday a video was circulated in social networks presenting the group of criminals at their hearing, wearing orange uniforms, face masks and with the US mercenaries having an interpreter by their side.