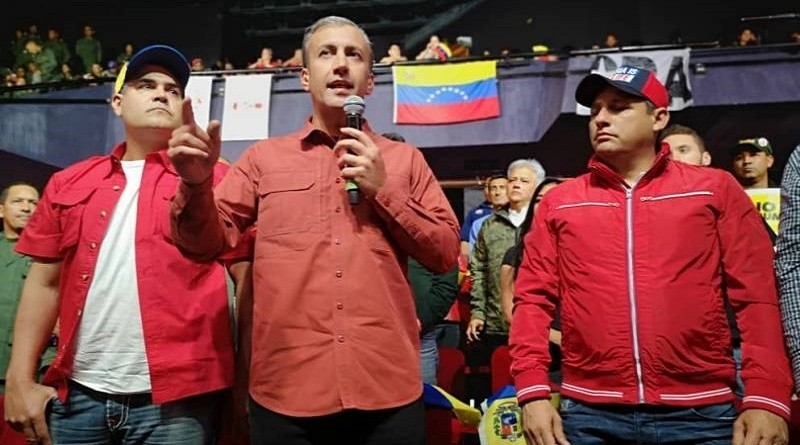 The United States government is willing to pay up to $ 10 million for information leading to the capture of Tareck el Aissami, the most sought-after Chavista official by the US regime and Venezuela’s Vice President for Economy.

For his part the Chavista leader made a public appearance immediately afterwards and denounced a media campaign carried out from the United States (US), with the aim of demoralizing the Venezuelan people.

This is “a campaign to demotivate, to disconnect the people from their leaders and demoralize the (Venezuelan) people (…) This fills us with strength, revolutionary consciousness, and (I say) it is not (about) a man, our cause is a historical cause, it is comprised of millions of men and women, a people, history, a legacy. Imperialism has not understood that,” he said during his participation in the program Con el Mazo Dando, broadcast by Venezolana de Televisión (VTV).

In a heart moving speech during the TV show, El Assami expressed that “if it is given to us again to choose, and god gave us again the opportunity to choose to be next to the giant, Chavez, I would say YES, ten thousand times YES, and I do not regret being a Chavez minister, to have been next to him, to have fought the narcotraffic cartels.” The statement was followed by a standing ovation from the public in attendance: