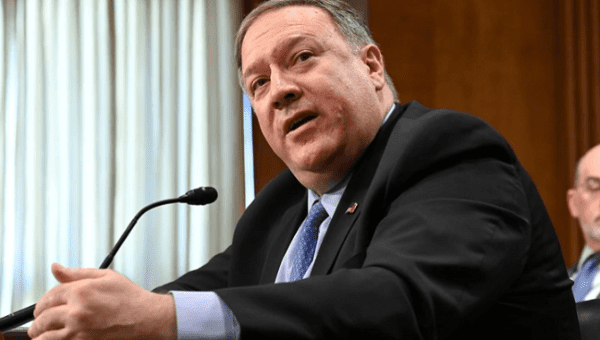 Although their dialogue’s concrete contents have not been made public, Pompeo is expected to address issues related to the role that Chile could play in the U.S. strategy to support the Venezuelan opposition politician Juan Guaido.

Until now, the Chilean authorities have been vague on the president’s agenda with the visiting U.S. official. The Minister General Secretary Cecilia Perez merely said Thursday that the Pompeo-Piñera meeting will have an “open agenda,” although emphasis will be placed on strengthening trade relations to bring greater investment and seek greater collaboration in science, technology and cybersecurity between the two nations.

She also said that the high-level dialogue will give continuity to the meeting Piñera had with President Donald Trump last year.

On Wednesday the U.S. Secretary of States, testifying before the Senate, told legislators: “There is no doubt that the Maduro regime is a threat to U.S. security.”

According to local media, Chilean opposition parliamentarians signed Thursday a draft agreement in which they demand that President Piñera formally declare Chile’s rejection of any military action or intervention in Venezuela.

Senator Ricardo Lagos from the Party for Democracy has said it necessary that the Chilean president express clearly to Trump’s envoy that Chile will not support any armed action in Venezuela.

RELATED CONTENT: Pence to the Venezuelan Ambassador in the Security Council: “You should not be here”

For his part, the deputy of the Democratic Revolution, Pablo Vidal, said that if Pompeo comes to request support for an invasion of Caracas, his visit should be rejected.

An open letter to the Congressional Black Caucus on the US’s attacks on Venezuela & Cuba
Joan P. Gibbs and Rosemari Mealyhttps://t.co/ZoTEI8xB74
Washington’s generations-long blockade & aggression against #Cuba have been extended to #Venezuela in violation of international law. pic.twitter.com/34QeJERAFu

Congressman Guillermo Teillier, who is also the Communist Party president, told Prensa Latina that Pompeo is not welcome in Chile given that he seeks support for Washington’s policies against Venezuela and other Latin American countries.

The Secretary of State visit to Chile is part of a wider tour that will continue Saturday in Paraguay and Peru, the Andean country where the anti-Venezuelan, right-wing ‘Lima Group’ will hold a high-level meeting next week. On the heals of Pompeo’s visit to Paraguay April 11, the nation’s foreign minister, Luis Alberto Castiglioni, informed the press that the government was formally leaving the Union of South American Nations (Unasur).

On Sunday, Pompeo will travel to Cucuta, a Colombian city bordering Venezuela.

The U.S. has been firmly promoting the recognition of Juan Guaido as Venezuela’s president since late January, a destabilization campaign which has been carried out with the intent to overthrow the democratically elected Venezuelan president, Nicolas Maduro. In December 2018, before the inauguration ceremony of Brazilian President Jair Bolsonaro, Mike Pompeo toured Latin America to strengthen U.S. ties with regional governments. U.S. Vice President Mike Pence has also made a round of tours in the region over the past year.