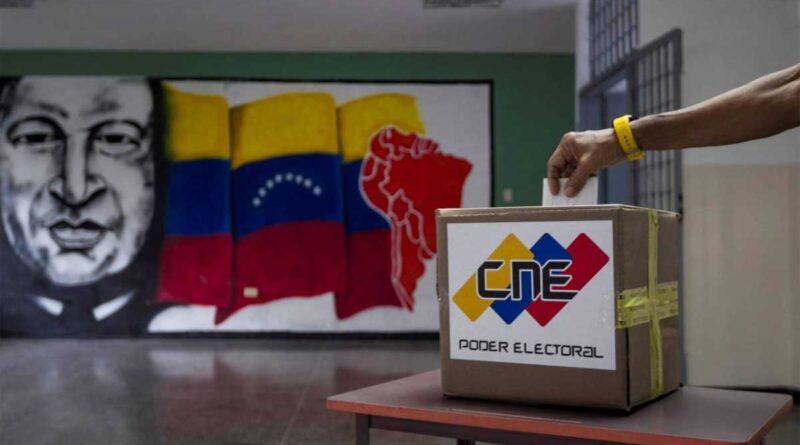 The death of Hugo Chavez, violent opposition barricades and blockades, executive orders that declare Venezuela a danger to the security of the United States, blockades and embargos that become worse with the impact of a pandemic – what Venezuela has been through in the last seven year is unprecedented.  And all this without any real formation of democratic opposition to the Bolivarian and Chavista Revolution, but rather an opposition that has remained basically the same since 2002, adherents of coups and guarimbas (barricades and blockades imposed and maintained by violence) and without any alternative designs for the country.

With two weeks remaining before the elections for the legislature, the Venezuelan opposition continues in crisis, currently with a new split between the Democratic Action Party (AD) and the Voluntad Popular Party (VP) of the terrorist Leopoldo López and the self-proclaimed Juan Guaidó.

Henry Ramos Allup, long-time Democratic Action leader, has instructed the AD members of parliament and the leadership to refrain from participating in actions called by Guaidó, like the “citizen assemblies” that seek consensus for a “popular referendum.” The same call has gone out to the Venezuelans in other countries, prohibiting them from promoting the referendum or participating in actions by Leopoldo Lopez in Europe.

This hidden dispute may be due to the financing and payments that the “interim government” of Guaidó is supposed to have made – but hasn’t made – to the Democratic Action Party.  They also seem to have different assessments of the ability to mobilize the bases of the opposition, and of the continuity of the opposition legislative assembly once the December elections are held.

It is probable that there will be a summit meeting between Ramos Allup and Guaidó, but Democratic Action, which used to be the most important Venezuelan opposition party, is undergoing a profound crisis and is trying to get out of the opposition maze, with debates about the unity of the party, its symbols, bases, but, above all, its leadership, with one Bernabé Gutierrez who recently has been upstaging Ramos Allup.

If we look beyond the Democratic Action Party, the opposition crisis persists.  At the end of October, a videoconference took place including some of the G4* leaders and two U.S. officials, James Story and Rafael Foley, from the Venezuelan Affairs Unit in Colombia (VAU.)   In this meeting, the representatives who finance (and direct) the actions of this group with the goal of overthrowing the government of Maduro, put a halt to the Primero Justicia Party, represented by Tomás Guanipa.

For Guanipa, the most important point for Primero Justicia is the modification and rotation of the interim presidency that Guaidó flaunts, and the fact that there is little effective consultation proposed by this self-proclaimed head of state.  On their side, the U.S. officials pointed out that  the opposition does not have time to keep arguing about structural questions and leaving out the practical aspects.  Furthermore, the Venezuelan Affairs Unit recognized that they must confront another problem: the slow bureaucracy that holds sway in the United States, the country that has to validate and financially back the actions decided upon by the G4 (the most. extreme wing of the Venezuelan opposition, and includes the parties Voluntad Popular of Leopoldo López, Primero Justicia of Henrique Capriles, Acción Democrática and Un Nuevo Tiempo).

Another opposition party that participated in these meeting to conspire against a democratically elected government, the Causa R, faced off against Primero Justicia for trying to block the opposition unity with Guaidó.

Guaido the opposition leader in Venezuela also likes to carry out videoconferences to conspire against the Bolivarian Revolution.  Recently he convoked one with his closest collaborators, including Carlos Vecchio, his “ambassador” in the United States, and Juan José Rendón, formerly the “presidential” commissioner for strategies. Vecchio and Guaidó got tangled up in an argument about the Iranian ships that transported petroleum to Venezuela, since, if the supplies are re-established, they will be unable to stir up more popular resentment against the government.

Still more serious is Rendón’s proposal to carry out the plan of a “great national black-out” with Guaidó’s authorization, hoping to use his people infiltrated in Corpelec (the national electric company), supported by foreign sabotage.  The ambassador of the virtual embassy of the U.S. in Venezuela, James Story, has committed to continue to pressure other parties and organizations to participate in these plans for a coup; these include the Movimiento Al Socialismo, Soluciones, Bandera Roja and Prociudadanos parties.

Other agreements on which the principal Venezuelan opposition forces, with Guaidó in the lead,  are trying to reach consensus on are:  increase the pressure on Chavista political leaders and military commanders; promote activity and overt actions by paramilitary groups (civilians, dissidents among the police, Venezuelan army deserters and mercenary organizations); promote disturbances of public order like looting and attacks on public institutions; pushing allied countries to continue to initiate legal cases against members of the Venezuelan government and its associated businesses; promote the declaration that Venezuelan police forces are terrorist organizations, and preparing a database about the political parties, businesses, NGOs, and unions to distribute to other countries, especially those in the Caribbean, to try to eliminate support for the Venezuelan government.

This is the panorama of the opposition as they face the upcoming legislative elections.  If the Guaidó image is already devalued for Trump, as John Bolton says in his book, now after the victory of the Democratic Party, he will soon be replaced. Some of the suggested names are Julio Borges, Carlos Vecchio or Leopoldo López, who has fled the country.

Meanwhile, a Chavista victory is coming on December 6.