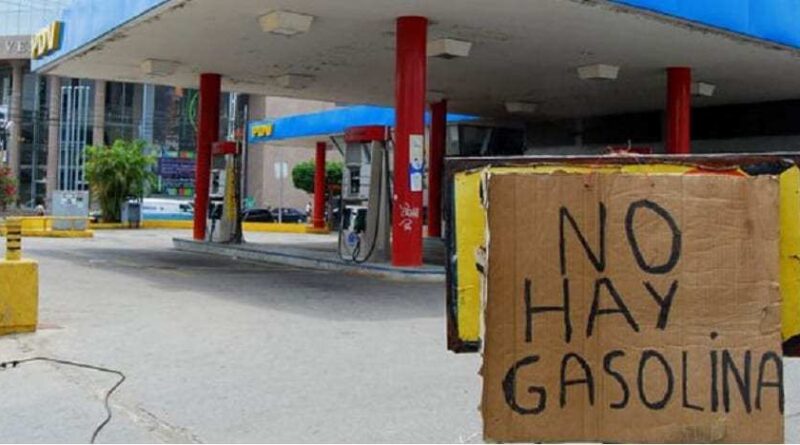 Venezuelan Presidential Commission “Alí Rodríguez Araque” recently announced the temporal implementation of a special contingency plan for the supply of fuel in Venezuela. This was announced through a statement posted on its twitter account.

According to the text, this new plan will aim to normalize and regularize the supply and distribution of gasoline in the short and medium term. Venezuelans have been heavily affected by US sanctions since March due to the lack of gasoline with the US regime boycotting the operations of the state oil company and main income generator for Venezuela, PDVSA, and also by boycotting the supply of parts to update and repair Venezuelan refineries and ultimately by threatening with military actions against tankers coming with gasoline to Venezuela.

“We reaffirm our commitment to produce all the gasoline and other products necessary for the energy development of Venezuela,” the statement stressed.

The “Alí Rodríguez Araque” Presidential Commission, faithful to its patriotic commitment, informs the Venezuelan people and the international community about the dire consequences of the vile blockade, in the form of unjust, illegal and unilateral sanctions, imposed by the United States government against PDVSA , its subsidiaries and its suppliers, both national and foreign.

This deplorable blockade has been repeatedly denounced by our Bolivarian Government in different instances of the world legal system as a flagrant and pernicious violation of the human rights of an entire people, which contravenes the entire legal order of the international community, especially the United Nations Charter. In this regard, this imperial attack on our sovereignty has brought serious damage to our entire energy industry, falling to a greater extent on our refining and fuel production system.

The impudence of the United States government has been such that its own political spokesmen, such as the former ambassador to Venezuela William Brownfield, have recognized their intention to destroy the entire national oil industry, with the intention of unleashing violent acts to undermine the peace of the Republic, admitting that their actions “produce a period of greater suffering for the people” , in his own words. Equally perverse are the continuous statements by Elliott Abrams, who directs all the destabilization and sabotage plans to the nation, in the complicity of a sector of the anti-democratic opposition right, which does not cease in its coup intentions.

However, in the midst of this escalation of aggression and a pandemic that is girdling itself against the whole of humanity; The Bolivarian Government, together with oil workers, make great efforts to supply the national demand for fuel and boost production levels, by strengthening the industrial and technological infrastructure of our main refineries, as well as developing new initiatives in the refining process, which aim at the consolidation of an effective import substitution scheme to protect our oil company from attacks or sanctions of any nature.

In this sense, we inform the implementation, temporarily, of a special contingency plan for the supply of fuel, which will tend to normalize and regularize in this new distribution scheme in the short and medium term. We reaffirm our commitment to produce all the gasoline and other products necessary for the energy development of Venezuela.

History and our people will be in charge of judging the traitors who have promoted these criminal sanctions against the interests of our country. In the words of our Liberator Simón Bolívar “We are the people of difficulties”; and future times will open the doors to a prosperous horizon, born to the din of present sacrifices.