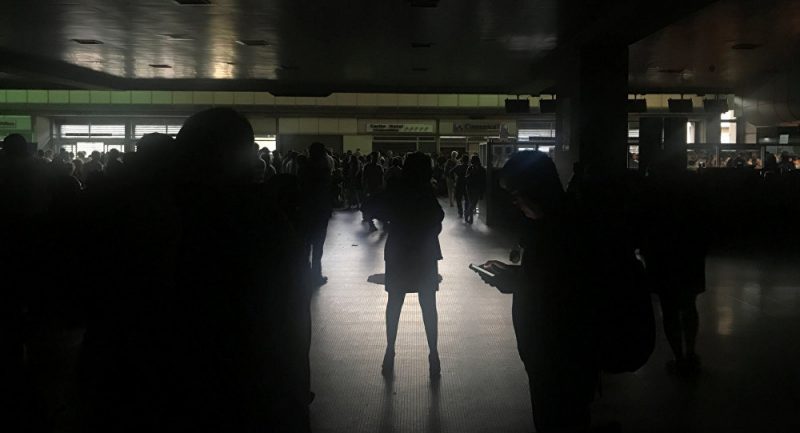 The cyberattack on Venezuela’s largest hydro-electric power plant Guri that resulted in a major blackout in the country led to a sharp decrease in turbines rotational speed, the overload of the plant and the subsequent collapse of the entire system, a Venezuelan high-ranking government source told Sputnik.

“Some evidence indicates… that something was done to ensure that the operation system of the computers [at the Guri Dam] decides that the [turbines] rotation speed had decreased,” the source said.

RELATED CONTENT: Russia: Those Responsible for the Attacks on the Venezuelan Electric System Were Aware of its Vulnerabilities

According to him, the frequency of turbines rotation should amount to 60 hertz and can fluctuate within “plus-minus 1 percent,” but in this case, the frequency “dropped from 60 to 52 hertz, which is equivalent to a load of 2000 megawatts.”

Any frequency fluctuation of more than 1 percent has to trigger a warning in the system, which, however, did not happen, the source added.

The government official revealed that the national electrical system was currently being recovered, adding that there were plans to reduce the country’s dependence on energy generated by Guri.

Guaido Mobilizes ‘Thousands’ for ‘Operation Freedom’ Under Power Outages Pretext
According to the source, the government hopes to put into operation the most important equipment to restore power grids and fully stabilize the electricity distribution system within 30 days.

In early March, Venezuela suffered its worst power outage in its history with the electricity failure happening in 21 out of 23 states. The authorities said the incident had been caused by “sabotage” at the country’s Guri hydroelectric power plant, which generates electricity for nearly the entire country.

Major power outages continued across Venezuela later in March. Caracas has said that the country’s power system had suffered several attacks and blamed them on Washington which denied the claims.